I hate parades. There are too many people around. Most likely it’s cold. And you are just watching people wave to you as you drive by, which lets face it, is actually really rude when you think about it. During the holidays, there are parades everywhere. Why? What’s the point? To make this time of year even more annoying? Like I said, I hate parades.

The Macy’s Thanksgiving Day Parade, basically one big product placement, right? Well, yeah but the parade started in 1924 and it consisted of animals from the Central Park Zoo and a few immigrant workers, from Macy’s. The workers wanted to march to show how happy they were to live and work in the United States. 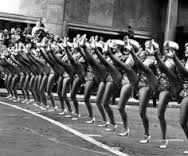 I’ll admit, when I read that my heart grew ten sizes. Can you even imagine, wanting to show you gratitude for your job?? That’s such an insane thought to me, but also that’s really great. People left, and still leave, their countries behind, in hopes to find better opportunities here. It was nice to remember, especially in this climate, that at one time people had so much love for their job, for their new opportunities, that they marched, in the cold, to express that love. 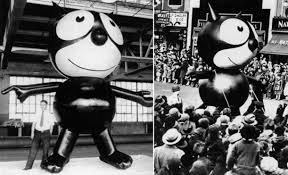 Now in 1927, thats when the balloons get involved. The big balloons. Felix the cat was the first of it’s kind. So that’s when the crowds started to grow. Also, this parade used to be 6 miles long. Again, thats rude. Sure it’s Thanksgiving day, but it’s also Manhattan in the 1920’s, people still had places to go! Who’s going to hold a balloon for 6 miles, besides the kid I babysit?!?! Thank God, the route is now just 2.5 miles.

Anyway, here’s the thing. I couldn’t find a real reason why we have this parade. Sure the love of their job was part of the first one. Ultimately it was and still is a way for Macy’s to advertise for their flagship store. My heart has now gone back to its original size…

Main takeaway: We don’t have to keep doing this, you know? We don’t have to keep pumping up huge balloons and wasting money on performances that no one wants to see. All while making people stand outside in the freezing cold. What if these stores just, you know, donated that money to, oh I don’t know, Planned Parenthood, the ACLU or dozens of other charities…