Tis Awards’ Season! The most holy of seasons! And look here, there’s a little boy that must have been very very good, for he has a fuck load of award nominations! It’s Casey Affleck!!

What’s that you say? Casey Affleck has NOT been a good little boy this year? In fact, he’s been a shit his whole life? Shhh! Quiet your dumb fat face you feminist she-witch! You couldn’t possibly say that Hollywood nominates shitty people for awards. Furthermore look at Nate Parker! Ha ha! Nate Parker is proof of that!

However! Now you are saying that this is proof of Hollywood’s racism! Well should we nominate Nate Parker, who allegedly raped a woman, or not? What do you mean nominate neither? YOU ARE SO CONFUSING, FEMINIST SHE-WITCH!

Why don’t YOU come up with clear and concise way to discuss this problem, then?

(AKA How to Keep the Art with the Artist)

A lot of people don’t like to keep art and the artist together. They prefer to separate the two. Now, Casey Affleck was accused of sexually harassing women on set. But what you may not understand, is that his acting in Manchester by the Sea is SOOOOOO GOOOD! So we should ignore the harassment! Right? Here’s all the awards now Casey you win good-bye sleep time no stop just let the bus run over my sleeping body that’s lying on hollywood blvd.

Where are the issues with this?

Well, over here, we have Nate Parker (director of Birth of a Nation – Sundance favorite), who allegedly raped a woman in college. And over here we have Casey Affleck (better of the Affleck brothers?), alleged serial sexual harasser. What’s the difference between the two? Let’s put their photos up. 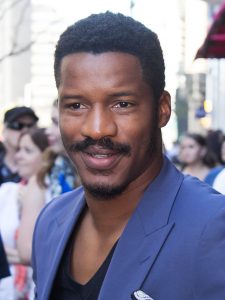 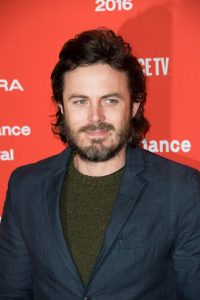 And now let’s use our feminist software to ENHANCE.

Ahhh. I think we can see the difference here quite well! See the reason that  Nate Parker is being given the boot and not Casey Affleck, is because “people” seem to easily be able to separate the “art” from the “artist” when it comes to white artists.

Here We have the Fart and the Fartist

This is my tip white people – instead of using the words “art” and “artist” use the words “fart” and “fartist”***. If Casey Affleck deals out a disgusting fart – he’s gotta take the credit for it. And just like when you’re in that elevator and you accidentally fart, you can’t blame it on how you had a burrito six years ago or even on the fact that  “if people think you’re well known, it’s perfectly fine to say anything you want” (Including saying you farted). There is no separating your fart from yourself.

Guess what? If a fart stinks, then it doesn’t matter how mind-blowing it is, it’s still a fart. And guess what again? Almost all farts stink (except for my farts). Because while Casey Affleck was making that fart, he was actually just making shit and being shitty…. to women.

So just like you can’t separate a fart from a fartist, please don’t separate the art from the artist.

I think that was PRETTY clear and concise.