America doesn’t know what to do with the Kansas City Chiefs. It’s bad enough that in an era of technocratic, rules-skirting “gamesmanship” they play the kind of old-school football most commonly seen in static-y newsreels. This franchise, the perennial stepchild of the NFL, had the greatest quarterback of all-time and couldn’t get to “The Big Game.” Scratch The Big Game: For more than two decades, the Chiefs couldn’t even win a playoff game.

Then there’s that name. Is it appropriative? And with the addition of a gifted player with a history of domestic violence to their roster, how can a feminist square that backstory with the sheer joy of watching the game? Why do I even care about this thing that brings only sorrow? Isn’t there enough disappointment in the real world?

Well, welcome to being a Chiefs fan. 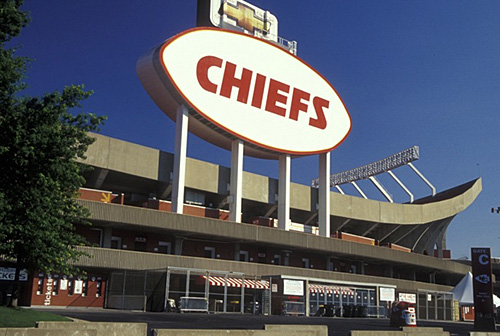 It’s for the best if I am upfront about my fandom. I came to the team (and American football generally) pretty late, the result of finding happiness with a life-long member of the so-called Arrowhead Nation. I’m grateful that without regional fidelity or family history with the franchise, I’m able to look at them more objectively. Learning about the game in my late 20s, it’s easier to see the different ways organizations are run (which, btw, is no longer as a non-profit because lololol at that proposition) and the way cultural appropriation may converge with jackass owners to spoil the whole thing.

I grew up in Southern Nevada, an area notable for it’s distinct lack of pro-sports. Sure, people in Nevada might pray to the spirit of Jerry Tarkanian and love them some UNLV Runnin’ Rebs basketball (itself a complicated enterprise), but none of the major leagues felt the risk to legitimacy that a team in a state when sports betting is legal was worth the jump. The NHL awarded Vegas a team – the Vegas Golden Knights – that will play starting in the 2017-18 season and rumors of the “Las Vegas Raiders” have long swirled, but for a kid in the 90s growing up in a gaming town meant you stunk of nothing good or reputable.

So, when presented with the choice to learn about this sportsball thing or lose my partner one day a week for five months, I opted for the former.

The first thing one needs to contend with is the mechanics of the sport itself. Those are fairly easy to understand, but each team plays the game differently. When you are looking to start repping a team, the first question should be “Can I stand watching this team / sport for roughly sixteen games?” If the answer is no, mazel tov, you’re free from fandom. You’re safe in all the other riches the world has to offer. 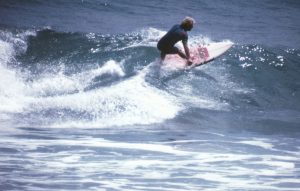 Possibly you while I’m watching a Chief’s game. Photo: Sids1

Assuming you get sucked in to the game and actually enjoy it, you’ll have a lot of approaches from which to choose. The Chiefs’ current Head Coach, Andy Reid, is a big fan of the West Coast offense, where the emphasis is on passing the ball instead of running it down the field. Ironically, the current Chiefs Quarterback, Alex Smith is known as a “game manager” and subsequently the Chiefs are basically a team which relies on screen passes and clock management to “win” games. This, for me, has proven to be as fun to watch as it is frustrating. All I know is that if I was coach, I’d always be right and everything would always work out.

The game stuff is, in many ways, the simplest part of supporting a sports team. You cannot deny that the “Chiefs” are named after an honorific title that, combined with the arrowhead symbolism used across the franchise – I mean, they play at “Arrowhead Stadium” for crying out loud – means they are employing a Native American motif. As many Chiefs fans point out, the name refers to former Mayor of Kansas City H. Roe Bartle, who was nicknamed “The Chief”… because of his role in founding the Tribe of Mic-O-Say, a pretty bullshit appropriation of Native American culture within the Boy Scouts of America. *facepalm*

While other franchises have taken a decidedly tone-deaf approach to their ethnic mascots, it’s been interesting to watch the Chiefs confront this head on. Gone is the 80s-era mascot “Warpaint,” a fully dressed stereotypical “Indian” (which I won’t link to because it’s patently offensive. If you really want to see, you know how the Google works). Gone is any “Indian” kitsch (plastic tomahawks, headdresses, etc.) sold at the stadium. Instead, the Chiefs have partnered with the American Indian Center of the Great Plains to be as responsive and receptive to the concerns of Native peoples as they can be. The “war drum,” struck before each game, is now blessed by area tribes to raise awareness of local Native populations. Pre-season games, where the Chiefs have a say in what cameras show (regular season games are sold to the major networks and they can show pretty much whatever they want), will not show fans in the stands that haven’t gotten the memo about ditching the fake headdresses. If you’re not going to outright change the team’s name (the most “no-duh” way to solve this problem), the Chiefs seem to have taken the smartest alternative approach. 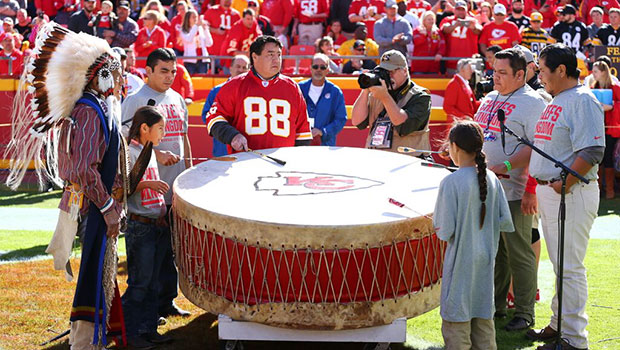 The Chiefs roster is a veritable who’s who of sports clichés: the grizzled veteran, the reality TV star, the French-Canadian doctor-to-be. Maybe not so much that last one, but you get the idea.

That brings us to Tyreek Hill. Oh, Tyreek. You kill me, Tyreek. 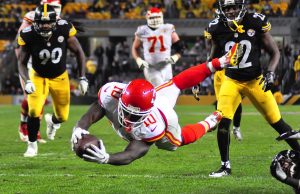 Tyreek Hill is an amazing football player and convicted domestic abuser. Both of those facts are true. That Kansas City, a franchise with it’s own tragic experience with domestic violence, took him in the 2016 draft was pretty surprising, though less so when you consider that their head coach is known for his belief in second chances (which don’t always end happily). It’s hard to root for anyone who has been tried and convicted of abusing their pregnant partner, though I find reassurance in the Chiefs’ approach of making continuing counseling a requirement for Hill maintaining a spot on the team and I sincerely hope that he continues to take ownership in the direct way he has because that is how actual discourse about domestic violence can happen. But as Lindsay Gibbs writes:

“we must remember that believing in second chances doesn’t mean discounting the importance of accountability, just as forgiving doesn’t equate forgetting. As tempting as it is to turn every athlete’s moment of success into a redemption tale, we must keep everything in context.”

I’m not sure French sociologist Émile Durkheim imagined the Kansas City Chiefs *exactly* but I’d argue that team sports are possibly the best manifestation of the “conscience collective” available to modern America. As a “representation of the set of shared beliefs, ideas and moral attitudes which operate as a unifying force within society” you’d be hard pressed to find anything more representative of the U.S. right now than a diverse group of imperfect people trying to find their way. Those that see the issues outlined above as simple or their consideration as unwarranted are flat out wrong. It’s in talking about these things that we can learn more about each other in a roundabout, less confrontational way.