The first three episodes of The Handmaid’s Tale, based on the book of the same name, were released on Hulu this week. And if you haven’t read the book, then get out from under that rock and go read it. It’s a dystopian story where most women lose the rights to everything except the right to be literal breeding stock. They can’t own property, they can’t have money, they don’t even get the right to read. It’s a book where a society takes all of women’s rights away. Women have no rights. So it’s a feminist book. 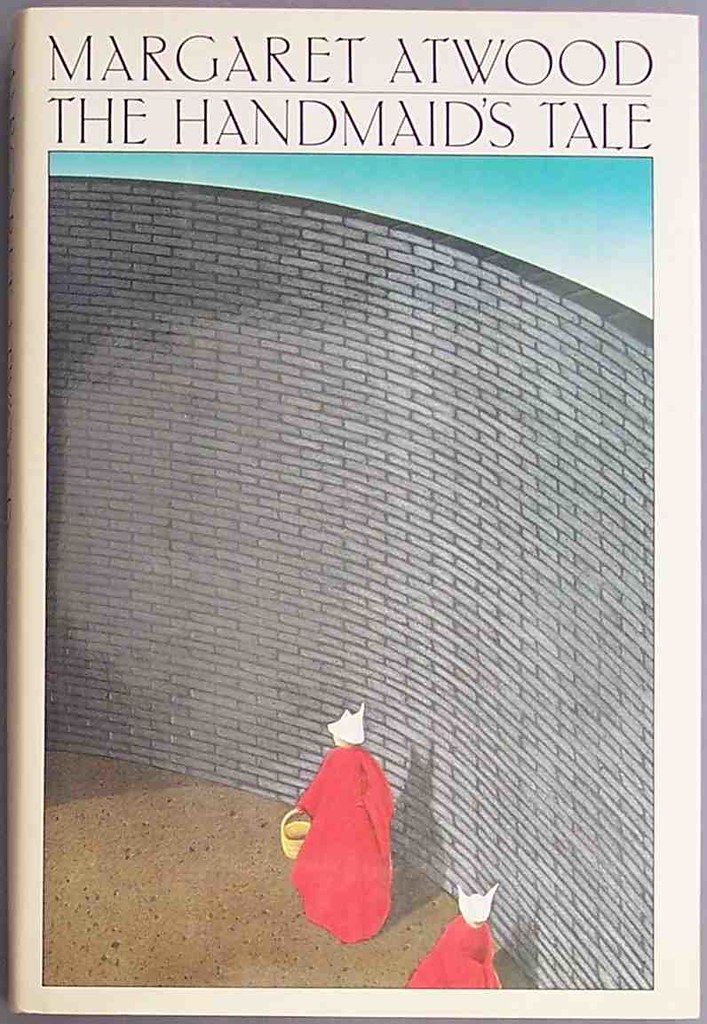 But yet, article after article keeps asking the actors in the series, “Is Handmaid’s Tale a feminist story?” And SEVERAL of the actresses (not just Elizabeth Moss) have said it’s a humanist story as well as a feminist story. This answer is controversial because it’s obvious that they are trying to downplay the feminist angle so as not to “offend” half of the population that might watch it. And that’s disappointing for so many reasons.

But it’s also disappointing to even have to answer the question in the first place. Why are we asking women (and only women) whether stories are “feminist” or not? If this were a series about a man in dystopian times who loses all of his rights to his privacy and is under constant surveillance, would there be questions about whether this was a story about “men’s rights”? No. (Because that story does exist, it’s called 1984.) But men’s rights are seen as universal stories -every person can see themselves in a white man’s story. Whereas stories about women’s rights apparently aren’t universal in anyway. We’re told that men don’t care about women’s stories.

So while I didn’t like the answer of “this is a humanist story”, I almost see the reason the actresses answered in this way. Almost. It could be that they are saying “Hey interviewer, stop asking this fucking question.” Similar to female comedians constantly having to answer the question “Are women funny?” The answer isn’t really the problem. It’s the question that’s the problem. Which is why Tina Fey won’t answer the question anymore.

But what is the purpose of even asking this question in the first place? It seems just to set up controversy. If an actress says “yes this is a feminist story” then the MRA / and many other men won’t even watch the show, which is dangerous for funding. If an actress says “it’s a humanist story” then the women will still watch, because the story is good and they know the story. But then we get a million think pieces about Elizabeth Moss not being a feminist from feminists (including this one… that’s not lost on me). The interviewer does not want to know if the story is a feminist story. The interviewer wants to create clickbait-able articles.

What Should the Question Be?

In a time where women are losing more and more reproductive rights every day, there is an obvious comparison of our current political climate and that of The Handmaid’s Tale. It seems just a hop-skip-supreme court judge away from actually happening. And women everywhere are scared.

But why do we think of reproductive rights being only a woman’s burden? There’s a fundamental problem in the approach. The idea that because the women bear the childrens, only the women are fully responsible for the childrens, is the flawed beginning from which this all comes. Men need to be held accountable for their contribution to child-making and child-rearing.

This can start with stopping gendered questions in the first place. Asking Seth Rogen and James Franco whether a film they just made is feminist or not and whether they are feminist or not, would create a more interesting article. Asking why men aren’t held accountable for impregnating women is another great question. Or why men believe it is an option that they can leave a woman to entirely care for a child. Though I don’t expect Seth Rogen or James Franco would have a really great answer.