Hey reporters! Sit! Down! It’s me Sean Spicer. I’m here to talk about the thing on everybody’s mind this week, the big fat elephant in the tiny Liberal Democrat room, the thing that is definitely not a Trump distraction tactic:

President Trump has urged everyone to just look over here for a few minutes because there’s nothing going on at the Senate Intelligence Committee this morning. Trump believes strongly that bridges are what are on everybody’s mind and no one is even paying attention to anything else today.
Yes bridges. Trump believes a lot of bridges are broken and need to be fixed and that’s super dangerous, so can we please just focus on this bridge problem. The Obstructionist Democrats need to pay attention to these bridges and quit trying to act like the bridge problem doesn’t exist. Because it does exist. And people are going to die.
Wait – where are you guys going? Stop! Uhh, I have another super urgent announcement from President Trump…….. This one’s big. Huge. 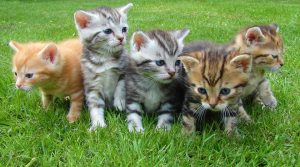 Did you know people are eating puppies and kitties and that’s wrong. It’s an epidemic and it’s disgusting. It disgusts President Trump. And Bridge-Destroying Democrats are the ones that are allowing these underground puppy kitty restaurants to exist in their districts. President Trump believes strongly in an end to this horrendous behav-
Guys stop. You cannot leave the press room until I leave the press room. That’s just the way it works.

Wait! I have a new note straight from the President – he wants to tell you guys-

Reporters, please be quiet there’s a lot of numbers to read here. Trump just texted me and said there were hundreds of numbers here. An uncountable, infinite amount of numbers.

Trump wants me to remind you that nobody thought he could count to 100. The American Destroying Kitten Eating Democrats have been out to get him from the beginning with these number counting lies.

Shew that was a close one. Seems like the Comey stuff is over with so I’m going to go eat lunch. Ha Ha! I was running out of stuff to say from our Trump Distraction Tactic Manual. Oh shit, is this mic still on? Reporters – forget I said all that.

If you need me I’ll be in my bush! Spicer Out!