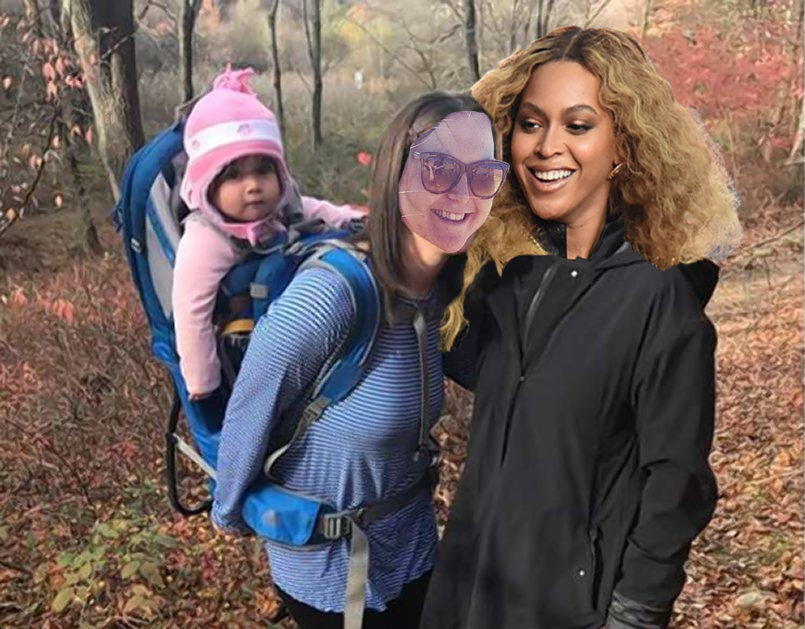 Like all of us, I was reeling after the Grammy’s on Sunday. This was a huge loss and so many of us were left feeling gutted. How could Beyoncé and Lemonade not win? Sure, Adele is great, we all love her. But, come on. This was LEMONADE. It was the first of its kind! It was so empowering.

It was a brisk, beautiful day and I just started hiking. Since the election, the woods has become such a place of comfort for women. We can be alone, distance ourselves from social media. Really just let go.
Quite simply, I was beside myself. So I went into the woods.

Obviously, on my hike I was listening to Lemonade. Thinking things like:

“I’m not sure where we go from here.”

“Adele is wonderful, but this is Beyoncé!!”

Thats when I heard a rustle in the leaves. There was someone nearby. I began to gather myself, when I saw her.

Beyoncé was in the woods, just like I was. 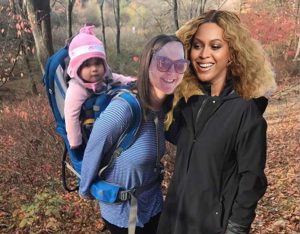 She was so beautiful, in plain clothes and, surprisingly, she looked happy. Bey was caressing her growing baby belly. She and Jay were laughing with each other, holding hands. I wanted to give her some privacy as she and Jay walked their dogs, and their security detail was behind them, but I needed her to know just how much, she and Lemonade meant to me. To all women.

I began to approach her and we talked. I got to tell her all the things I wanted to, how important Lemonade was to me and my friends. I told her how I think its disgusting that she lost, and while WE ALL LOVE ADELE, this was Beyoncé’s time!

Beyoncé thanked me and said she understood my pain and frustration. And with a twinkle in her eye, I knew this was her way of telling me, there would be another Lemonade, made out of these lemons.

I asked her for a picture, and she was so gracious to oblige. I asked her if it would be okay if I posted it on social media. I explained to her that, her fans were worried about her and they all just wanted to know that she was doing okay. Once again, she was kind enough to allow me to do that.

Queen Bey is going to be just fine, because she is a mother fucking queen. She slays. I slay. We slay. Got it?