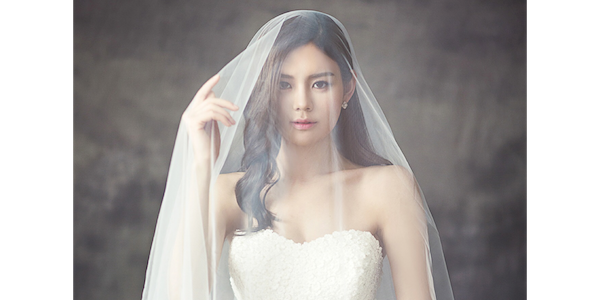 Margie Fernandez*, soon to be known as Saint Margie, was just a merely beautiful woman living in New York City, when she came across the biggest douchebag in the entire world.

“We met through my mom, she’s a matchmaker. He kept telling me he dates 11’s. And that I was a 7.5 tops. On a good day. Which wasn’t that day” states Margie. She wondered why her mom would set her up with the world’s biggest piece of shit. She assumed it was one of her mom’s usual practical jokes.

The most colossal piece of human trash, also known as Dan, usually dates swimsuit models, or 20-something models, or blonde models. Margie, a brunette, remembers he asked her three times, “but like, did you used to be blonde?”, before the appetizer even arrived. She says it was one of the worst dates she’s ever been on.

“At one point, one of the guys from his financial firm walked by and Dan pushed my head into the booth to hide me. Which didn’t work” Margie says. The co-worker then asked Dan if the two were on a date. “Fuck no, man. She’s my cousin. Like a distant cousin. By marriage. Cause all my cousins by blood relation are super hot. And she is like a 4 dude.”

As the date progressed, Margie started to think that maybe he was a pathological liar because of how he rambled on and on about boning ten girls at once just last night. She then remembered reading a study about just this type of man last week in the New York Post. The study, called Garbage Men Disorder, looked at men who think they are attractive but turn out to be actual garbage people. These men tend to conflate their own attractiveness with the women they date. With this in mind, Margie treated the rest of the date like a field study, which was how she made it through.

Margie thought that would be it after the date was over. She went about her week, later calling her mother and teasing her for setting her up on the worst date of her life. She thought she wouldn’t hear from him again. But then, two days later he called her.  She couldn’t believe it.

Dan was really impressed by Margie because she could read a menu. He had never dated anyone like that before. He started thinking about how he wanted to spend the rest of his life. “I just couldn’t like, envision-board having to read menus to models for the rest of my life. You know? I needed to marry someone with brains and stuff” says total douchebag Dan.

When Margie received the call for a second date from Dan she hung up on him. But then, she started thinking. “Women have to endure enough fucked up stuff in the world. I just couldn’t imagine another woman having to deal with this guy’s shit.” It was then and there Margie decided she would make the ultimate sacrifice. She decided to take Dan off the market.

“She saved us all when she jumped on top of the bomb of douchebag that is Dan. Margie made the ultimate sacrifice”, says Dr. Brenda Nuberg, author of the Garbage Men study and also a single woman herself. Removing these men from the dating scene has proven to be one of the only methods of curing this disorder Nuberg’s study has found.

Margie admits the day-to-day life is hard, but she’s getting used to it. “I can’t go out with my old friends when he’s with me, and I tend to stay late at work most nights. But when I go to a bar and I see a woman by herself, safe from douchebags, I know I made the right choice. Yeah. I know I would do it all over again if I had to.”

*Names changed to protect the innocent.