I’d had low-boiling anxiety in the pit of my stomach since polls began closing. I was leaving for a flight to Boston in a couple of hours and I was nowhere near finished packing, but all I could do was sit on the edge of my bed, watching the election results refresh every 30 seconds on my phone while reading panicked texts from friends around the country.

After another pointless cycle of checking Facebook, Twitter, Reddit, CNN, and NPR, I decided that the most productive and self-preserving thing I could do would be to bring California burritos to my friends on the East Coast.

There’s usually a line outside of Carnitas Michoacan, a 24-hour taco and burrito joint down the street from my house, but tonight, there was only one person in front of me. After ordering many burritos, I went inside, where about fifteen people were scattered, sitting at plastic tables, all quietly watching the small television tuned to ABC’s election coverage. The overhead fan spun deafeningly, and as order numbers were called, people slowly got up, took their food, and shuffled out.

I got my burritos, walked out to the parking lot decorated with brightly colored pennants and string lights, and wondered, inanely, whether places like this would continue to exist after tonight. After a blur of packing, Lyfting to LAX, and a brief conversation with TSA about why I had so many burritos, I found myself sitting at my gate, staring at the people lining up to get onto the plane without really seeing them. I refreshed the election results page on my phone, and as it loaded, I reached into my backpack and unwrapped a still-warm burrito. 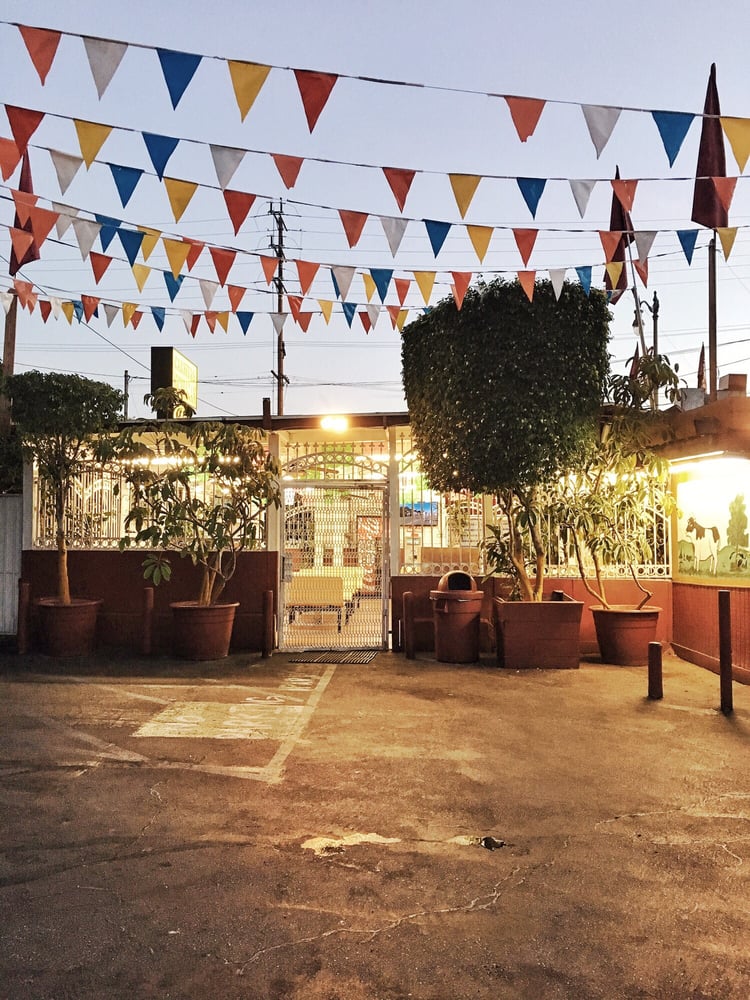 I looked down and saw the map of the U.S., nearly an entire country of red edged in blue. Almost immediately, the red took over as I realized I was crying, and without thinking, I took a bite of the burrito. The scent and flavor of spicy, slightly sweet carne asada took me under its wing, covering me in the comfort of years of family cooking and carbs. For a moment, I was lost in a burrito, and I wished I could stay there.

Somehow, hours later, I made it to my friend’s house in Boston, where it was fifty degrees colder than it was in Los Angeles. As she handed me a cup of coffee, it began sinking in that I hadn’t dreamed it all. We watched Hillary’s concession speech, tears streaming down our faces. After it was over, I realized I still had half a burrito left.

It was a day old, and the tortilla was slightly soggy, but as I took a bite, I thought of California, of heritage, of my friends and family, of home. Things were uncertain, but as long as places like Carnitas Michoacan keep on keepin’ on, we will all be ok.