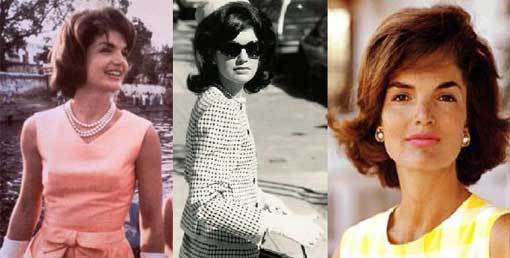 I can’t write about anything happening in the current political climate, because it’s got me all…

So, being assigned this weeks political post was a little hard for me to swallow. I started thinking about women’s role in government. When did women really start to run for office? What was their motivation? I had more and more of these kinds of thoughts, but I also thought about First Ladies. For many people, the First Lady is the first woman that they think of when they think of women in politics. Besides Michelle and Hillary, the First Lady I’m most drawn to, is Jackie Kennedy. When you really think about it, how many First Ladies do you know, that came before Jackie? If I’m being honest, I can name three before her: Martha Washington, Mary Todd Lincoln and Abigail Adams (Thank you HBO).

When I was in the sixth grade, we had to do a report and I chose Mrs Kennedy, and I became obsessed. I read every book I could find. Microfiched every article. (this was pre internet kids!) And watched the footage from the assassination dozens of times. I would read chapters and cry, then go down and cry to my mother about how wonderful I thought she was. How brave she was. 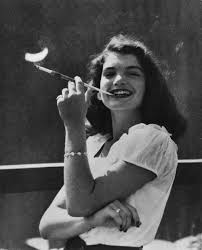 Jackie, of course is known for her style.  Many people don’t look beyond the dresses and suits. She was fierce. She for sure wasn’t the debutant that you probably think she was. Jackie didn’t have an easy breezy childhood. She always wanted to work and was a fairly successful writer when she was younger. She even became a book editor later in life. She was devoted to her children and grandchildren. 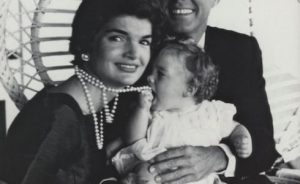 Jackie was the first modern First Wife. While she was in the White House, she focused most of her time on her children. She was instrumental in the restoration of the White House. She hosted many artists and helped create the blueprint for what is now the National Endowment for the Humanities and the Arts.

The movie, Jackie, coming out this December, explores a small fraction of Jackie’s life. The movie mainly focuses on the days following the assassination. I was lucky enough to go to an advance screening for this film. I loved it. I thought it was really well done. Natalie Portman, of course, is phenomenal. Of course her look is spot on, but Portman really studied Jackie’s mannerisms and nailed her unique voice. I have to warn you though, if you are looking for this movie to showcase her entire life, this isn’t that movie. This film solely focuses on the days after the assassination and her struggle to cement her husband’s legacy. The movie draws you in to some intimate moments with Jackie, it even places you inside the car. It’s moving and, of course, tragic. While at the same time is poetic and inspiring, just like Jackie herself. 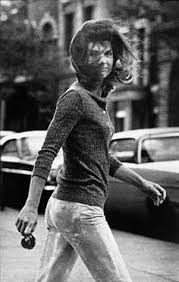