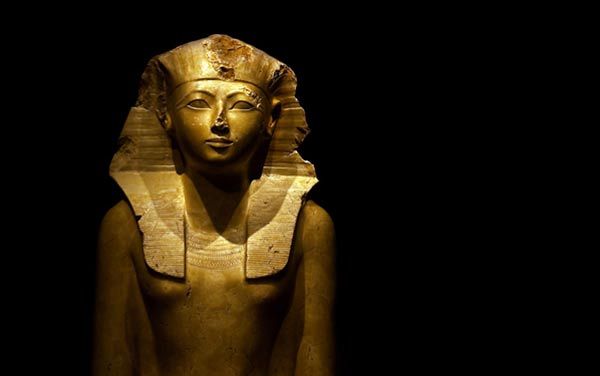 Women in politics have never had it easy. Even in Egypt women had to put up with some crazy ass shit before they could rule. The story of Hatshepsut, will give you a glimpse of what women pharaohs had to deal with.

It was customary in Egypt that when the pharaoh was a straight up baby, the mother or stepmother, would act as placeholder until the baby came of age. Our girl Hatshepsut finally said “FUCK THIS SHIT!”

When she became pharaoh, she knew the first thing she had to do was get a makeover, but not the kind you think. Hatshepsut demanded she be given the body of a man, as well as a beard, in all paintings and sculptures. I like to think of this as the first pantsuit a woman in politics had to wear. She also had to say to people “Oh hey, you know what, actually my dad Thutmose I, wanted me to be pharaoh. He, like, thought it was super fucked that my half brother became pharaoh over me. And the only other people who can confirm this story are dead, so y’all are just going to have to roll with me here.” – that is a direct Hatshepsut quote. 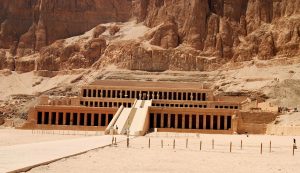 Hatshepsut was a great pharaoh. She initiated a trading expedition, a very successful one. You know us girls, we love a good trade deal. Hatshepsut was also the mastermind behind the memorial temple at Deir el-Bahri. That temple is considered one of Egypt’s greatest architectural achievements. However, after she died, Egyptians erased almost all of the images they had of her. In fact, scholars didn’t know about her until 1822, when they read about her on the temple walls.

So, while we may not have elected our first woman president last month. We also didn’t make her marry her half brother. All in all, things have gotten better for women in politics.