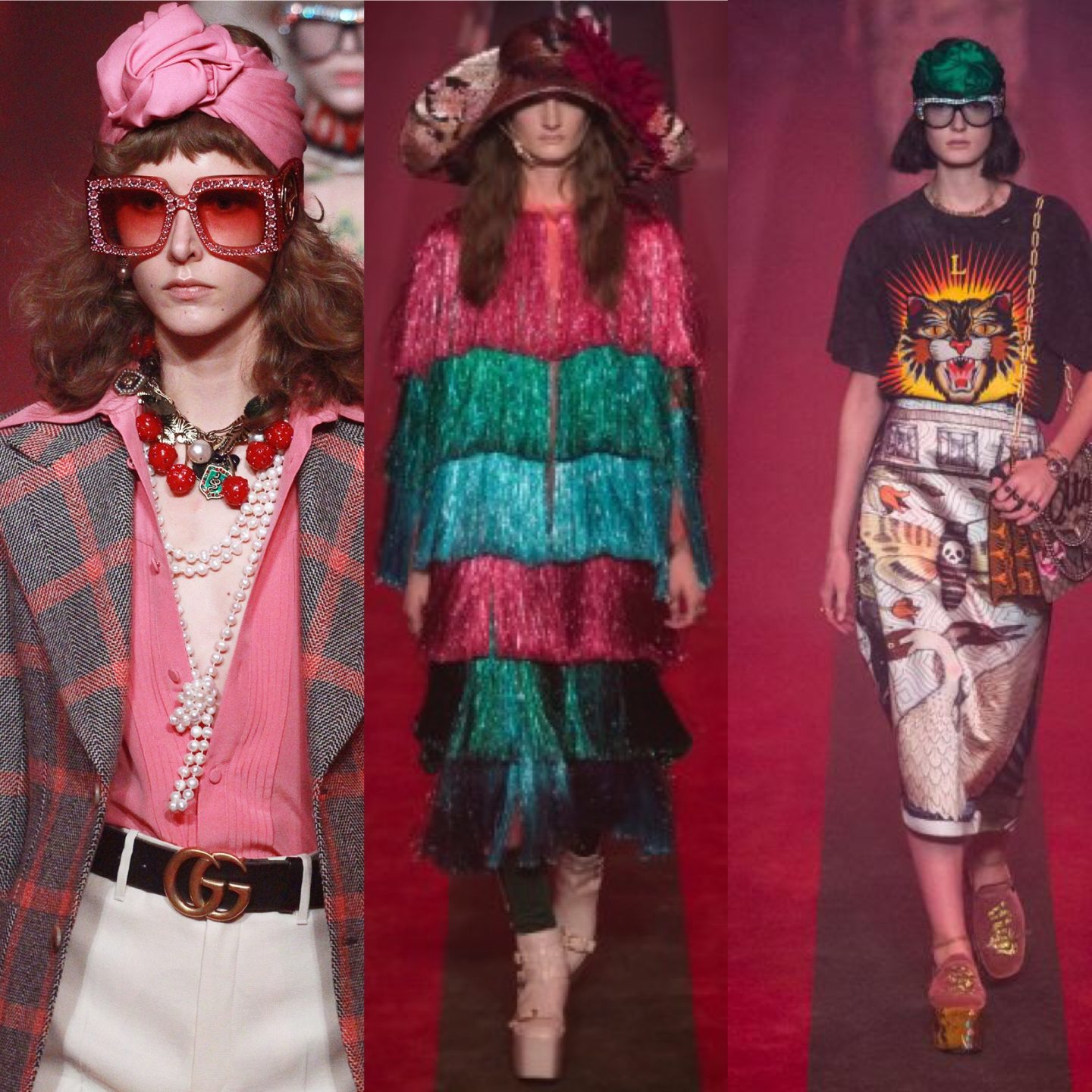 Minimalism –  the idea that less is more. It’s definitely more expensive. Heyo. While minimalism was everything we desired as we magically tidied up our closets, I now find myself stuck in a two year minimalism hangover / rut.

None of the clothes in my closet are banging right now. Everything is looking worse for wear. I went minimalist because it’s a nice reduction in cheaply manufactured clothing. Which means it’s ecological, has quality construction, and supports more humane factories. But I can’t afford the quality clothing the minimalist recommends. And more and more, China is manufacturing designer clothing.  So my solution was to go to Everlane.

Now I’m buying stuff at Everlane, I go to the spring fashion recaps and guess what’s back? MAXIMALISM.  And now Gucci is something I’m wanting to fux with. COME ON GUCCI. 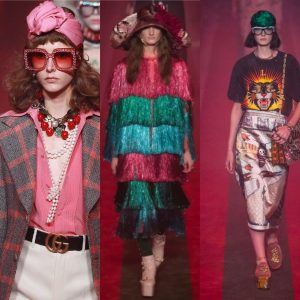 Can’t you see this is the best version of me that’s going to exist? A head wrap and a pink button up shirt and a crazy blazer! What about this coat made out of party fringe? Why are you doing this fashion? Shirts with tigers on them!

As soon as minimalism became popular, we all knew this was going to happen. People get bored dressing in black linen and want to wear magenta ruffles. I didn’t think that person would be me. And honestly, it ain’t me. I’m not interested in magenta ruffles. But if all the models in a show look like characters from a Wes Anderson film, you know I want those clothes.

I know, right now, I’m not feeling minimalist. I’m feeling maximalist. I’m done acting like I’m one of the electoral crowd. I’d like to stand out and I’d like to threaten your comfortable ideas of who I am.

So to 2017. Where Maximalism will be the new Minimalism. And hopefully, Everlane will be on the same page.