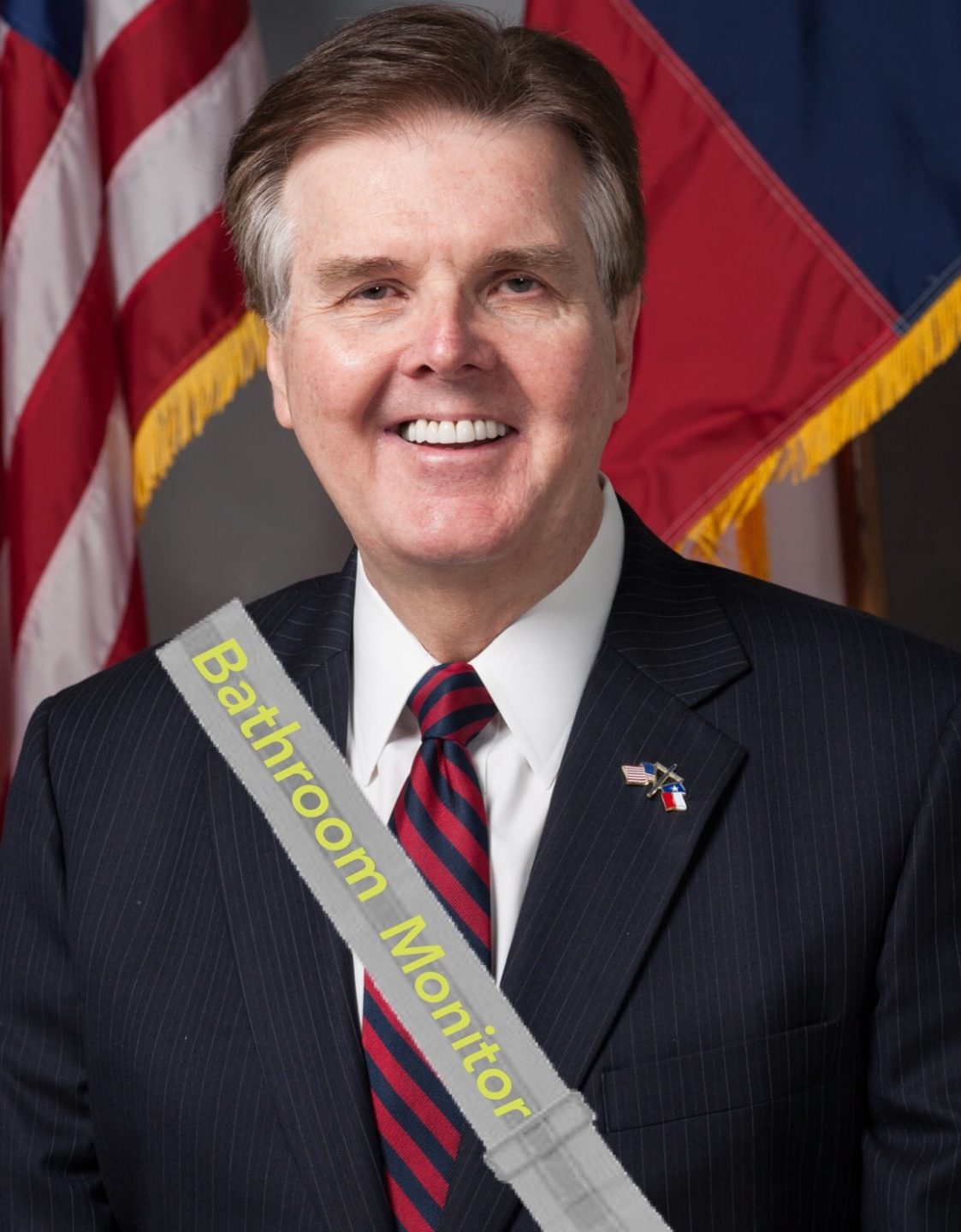 Lt. Governor Dan Patrick, Texas, did some serious soul-searching last December, and decided his true calling was not Lt. Governor. No, after reading Eat, Pray, Love this fall, Patrick heard a tiny voice beckoning him to fulfill his real destiny as State Bathroom Monitor. But unfortunately, he realized, State Bathroom Monitor is not a paid position in the Texas government. In fact, it’s not even an internship. 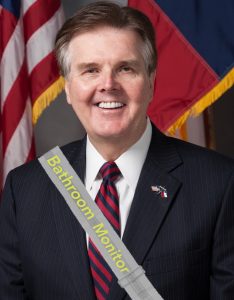 “I was pretty disappointed I couldn’t get paid to do the career my heart was singing for”, says Patrick, “so I created the need myself.” The Lt. Governor looked to his greatest mentor in the political field, Pat McCrory, to make his vision board his reality.

“Since Pat and I were boys, we’ve always secretly wanted to be bathroom monitors. When he went for it last year, I was totally jealous”, states Patrick. McCrory took some drastic measures to ensure his Bathroom Monitor status. He created a bill mandating all individuals who enter bathrooms be the gender on their birth certificate. Keeping transgendered individuals out of the bathrooms of the gender for which they identify. And Patrick has taken those exact plans and adopted them for his own bathroom journey.

But, unfortunately for McCrory, the plan didn’t exactly work out for him. “When I made the bathroom bill, I thought it was fast track to Bathroom Monitor. But dreams don’t come true overnight.” McCrory’s bill brought controversy to the state of North Carolina, where they lost over $39 million because of the bill. And McCrory also lost the election this fall.

“I didn’t even want to be governor, that job is hard. So losing the election was ok for me. But when they said I had to give up my Bathroom Monitor sash – that hurt”, stated McCrory.

If you ask McCrory or Patrick what the best part of bathroom monitoring is, without hesitation they’ll say “the sash”.

“The sash let’s people know you’re in charge! You know how many people know I’m the Lt Governor? None! Not even my secretary Dolores. And that’s only because I don’t have a sash”, Patrick claims, “so what if I have to take the rights away from the citizens of the state of Texas. And bankrupt the state by what might be billions.  I love the sash!”

Reminder – elections for Lt. Governor in the state of Texas will be midterm 2018. I think they’ll be looking for a replacement.

This piece is satire. Except for the election notification. Ya’ll in Texas need to elect someone else in 2018. That’s the truth.