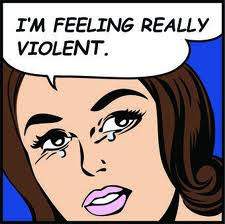 Welcome to my new column, Hollywood is Pissing Rebecca Off. For my first installment we will explore two articles that were brought to my attention by my friend, John Tyler.

Join me, won’t you, as we look at how these interviews went…Two celebrities, who until recently were dating, are now promoting the upcoming movie they have coming out.

Chris Evans was interviewed by Esquire. It was a decent piece. Being an Esquire piece, it’s fairly dude focused. They talk a lot about the New England Patriots, getting in shape for another Capitan America movie, dogs and of course his new movie coming out.

But there’s a twist to this article. Evans and the writer go skydiving together!

That’s pretty fucking cool, right? As the writer, not only are you assigned to sit down and talk with Chris Evans, but now you also get to jump out of a plane with him! Makes me wonder if my friend and editor at Esquire, Tyler Coates, was offered to do this interview but he declined based on the skydiving aspect.

So after they talk about all of the usual guy’s guy things, and then jump out of a plane, they ever so briefly talk about Jenny Slate.

“According to media accounts, Evans was recently dating his Gifted costar Jenny Slate, who plays the teacher. “Yeah,” he says, “but I’m steering clear of those questions.” You can almost feel his heart pinch.”

That’s it. Fine by me. Totally respectable. He doesn’t have to talk about anything he doesn’t want to.

Jenny Slate Invites Someone to Her House

Thats right. Jenny Slate was interviewed by Vulture and she had the writer come to her house. That’s fine, maybe that’s what Jenny wanted.

However, the real issue is, her entire article is about her relationship with Evans. The first mention of him is in the fourth paragraph and then he is discussed throughout the entire article.

Yes, Jenny says she’s fine talking about it. Great. However, why are we even asking her? Why isn’t it an after thought that gets one line at the end of the article? Is it because she’s a woman, yeah probably.

Apparently we are dying to know how she is doing. What was it like to meet someone, work together, fall in love and then breakup. Tell us all about it.

And you know what, if you’re not going skydiving, at least fucking take her to brunch, ya dicks.