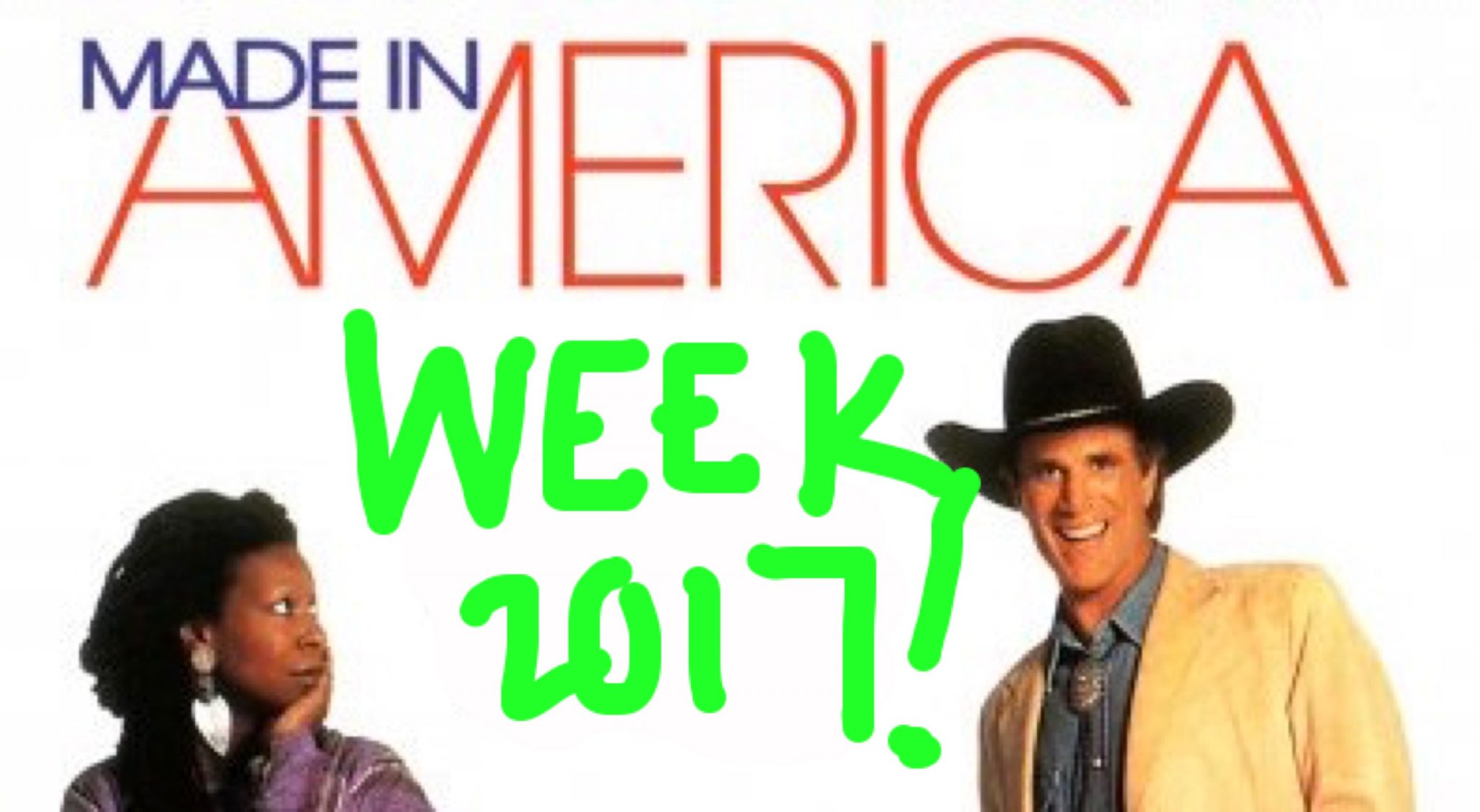 This week is no different, we are celebrating the classic Ted Danson and Whoopie Goldberg movie, Made in America. As a nation we are turning our focus to the brilliance of what this movie stands for. It has it all: health care issues, families, race and a young Will Smith.

During Forrest Gump week, Attorney Jeff Sessions will be sitting at a bus stop for hours on end and will talk to whoever takes a seat next to him. Since Sessions is old and tends to forget everything that has ever happened to him, there really is no way to know what he will babble about. However, topics that we assume he will cover – The evils of marijuana, how the border wall is the best idea ever, how more prison is the right thing and how he doesn’t remember meeting any Russian ever.

What’s fun about this week, is that Say Anything week will be a gender reversal. Kellyanne Conway will be stepping into the role of Lloyd Dobler, the lovable loser, romantic protagonist,

who gets his heart broken by the girl who he’s loved all though out high school. Of course the President will be playing the part of Diane Court, the ingune who falls in love with Lloyd but then turns him away… only to (SPOILER ALERT – this movie is 28 years old) run away with him later – after her beloved father is found guilty of fraud. The role of Diane’s father has yet to be cast. There has been some big competition for the role of Diane’s father, however it’s down to two, Donald Trump Jr and Jared Kushner.

Donald loves golfing, but the media is giving him a bad rep because they are always calling him out on it. So, the next time Donald goes golfing (which let’s face it, it’s probably later today), Steve Bannon will replace him and babysit his kids while the President gets his golf on. Sure Bannon is a little rough around the edges and everyone is very wary of him when he first gets there. Can you blame them? He’s unkempt, doesn’t have his life together and smokes cigars in the house. However, when you catch Uncle Steve trying to flip a giant pancake in the kitchen, you can’t help but fall in love with the old softie, because in the end, he is family.

TWIST! This week has been happening all along! Putin and Bannon are just two old buddies, who found an old lump of bones. So they dress him up in bad suits, throw some bronzer on him to give him a rosey glow and voila – you have a new president!