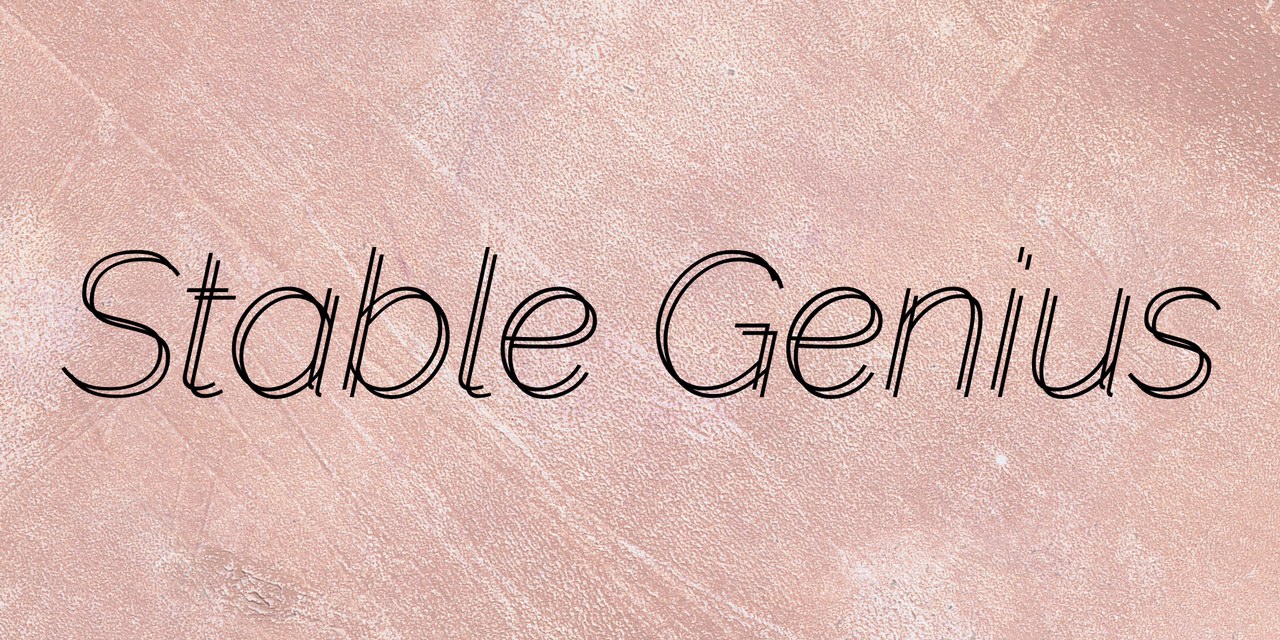 And now, an excerpt from “Stable Genius”.

The party was in full swing, sitting room packed with revelers. He stood across the room from Sarah, watching her, wondering what she would say if he approached her. He knew he had to be cool, to be kind. But words matter.

He slowly approached, took a sip of his dirty gin martini as he locked eyes with Sarah. The room seemed to freeze around them. This was his one chance.

And he took it.

“Throughout my life,” he began, “my two greatest assets have been mental stability and being, like, really smart.”

Sarah didn’t know how to react.

“Actually not smart,” he continued. “Genius. A very stable genius.”

He took another sip as he watched Sarah mull over the words in her head. No one thought these things of him, she knew. In fact, they believed the opposite; that he had perhaps been declining with his age. But she had to defend him to them above all. After all, how would agreeing with them, that he was no “genius,” reflect on her having followed him all these years?

As she was about to reprimand him and request he not make such statements to anyone but her, he turned to the entire room.

From the depths of his being, he bellowed out to everyone “Throughout my life,” he began, “my two greatest assets have been mental stability and being, like, really smart.”

Sarah put her hand out, trying to stop him. He swatted her away.

The room erupted in hushed conversations. No one knew quite how to react. What a crazy declaration! Before Sarah could come up with shame to anyone who doubted him, Ruth, the girl who never stayed quiet, who never stood idly by, stood up,  head held high.

“Well,” she said, “looks like I will be sticking around longer than you thought. Let’s get out of here.”

She signaled to her flock of clerks, hired through 2020, and they left in a flurry of glitter and rainbows.

Then the sitting room got sucked into space.