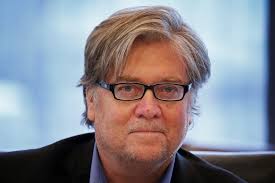 Bannon is a big Naw. Dude. offender. He’s up there with Trump himself. Bannon has some very dangerous ideals. Dude, does not have everyone’s best interests in mind. His biggest claim to fame is the website Breitbart.com – I don’t even want you to go to that website and give it traffic. It’s that bad. Their headlines read like The Onion and Clickhole had a baby… with the devil. 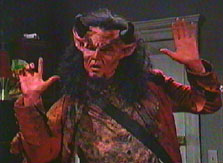 But, it’s important to remember – Know thy self, know thy enemy.

In that vain, I went to the website and scrolled through a few choice headlines, but really the one that I think best shows the lunacy of this site is, Birth Control Makes Women Unattractive And Crazy. I’ll be honest, this article is rough. It’s only worth reading if you haven’t felt any rage in the last 5 minutes. I will leave you with my favorite quote from the article here – “being fat is the best form of birth control anyone could ask for.” Oh, note to self, remember to add writer Milo Yiannopoulos to the Naw. Dude. list.

We are entering into the unknown. It’s really hard to say what exactly will happen in the next four years. After everything that Trump and his minions have said, it’s difficult to believe that people of color, Muslims, Jews, women and multiple others, don’t have targets on their backs. In the week since the election, hate and fear already seem to be taking over. We can’t lose hope. We must focus on the task at hand, we can not let the hate, fear and anger take over our country. We will survive, but stay informed over the next four years. You now have some knowledge on Steve Bannon, Milo Yiannopoulos and Breitbart, and knowledge is power.

Steve Bannon, we see you, we will be watching you and we have one thing to say to you, “Naw. Dude. NAW.”