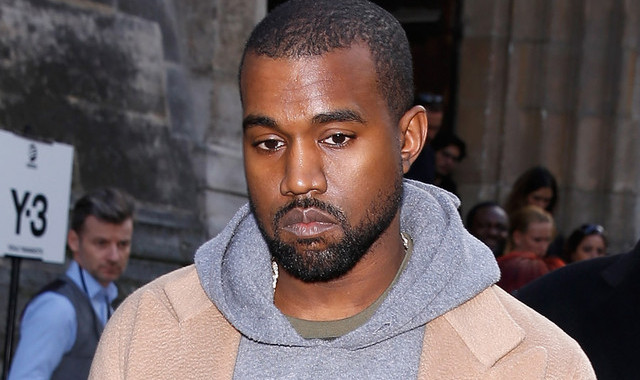 There’s been a lot of talk on the internet about how to get along with your relatives when you find out ya’ll voted on opposite sides of the political spectrum (or in some cases, didn’t vote at all). That’s one day, maybe two days of holidays MAX per year. After those holidays, just don’t talk to them for the next four years. I mean how hard is that? But when Kanye does it. When Kanye does it???? God! Kanye, I defended you!

See you need to know Kanye and I have a history. I worked at Pitchfork when Late Registration came out. And when we got the album in the office (it was awhile before it was actually released to the general public), it was all we listened to. It got a 9.5, which was too high of a score, looking back. But it was a good album. End to End. I left Chicago after three years, because I felt I should move back to St. Louis to be near family. But in 2007, two years after Late Registration came out and the same year I moved back to St. Louis, Graduation dropped. And when I first heard Homecoming, I knew I was a fan for life. I loved Chicago. I lived there for only three years but the years I lived there were monumental years for me, and Chicago, to me is Kanye.

An Ode to Once was –  Kanye, I Defended You

Kanye. I love you. I’ve defended you through ALL of the shit people have hated on you for. When you stood up during that Katrina marathon and said “George Bush doesn’t like Black People”, I said, “Yes!” You were right! The treatment of people in New Orleans was disgraceful. To let them suffer and die was enraging and you were the first one to really say it. I agreed whole-heartedly with you.

When you and Fifty Cent got into that fake feud, Kanye, I defended you. I thought it was a marketing move and it sold albums. I get that. Market your shit.

When you stood on stage and told Taylor Swift “Imma let you finish”, I fucking defended you. I went AGAINST my feminist notions because I was conflicted. He was actually defending Beyoncé, who we all know should have won video of the year. And it was racist that she didn’t win. Yes, it wasn’t Taylor Swift’s fault for winning the award, Kanye could have waited until a dude was up at the podium to make his big speech. But he didn’t. Still, I defended him.

I defended him when he did 808 and Heartbreaks. Yes, not his best work. But Jesus Christ the dude just lost his mom and he and his fiancé broke up. I defended the misogynist lyrics on Yeezus and My Dark Twisted Fantasy, because the rest of those albums were so undeniable.

I defended him when he married Kim Kardashian. “Kanye can’t help who he loves”, I said. We don’t know what Kim Kardashian is REALLY like, she seems like a pretty shrewd businesswoman, and we know Kanye loves business.

I defended him when he went on Twitter rants (not the Amber Rose incident) or when he was on Ellen or any other time in the past 3 years that Kanye has talked or tweeted and not just made music.

But I can’t look the other way anymore. Announcing you would have voted for Trump? TRUMP???? Kanye, that’s some classist shit right there. Come on Kanye, I defended you! And before you tell me “he was pointing out that voting for Trump exposed the racists.” I’m going to have to stop you. I watched all fifteen minutes of that video. And yes, he said that eventually. Near the end. After singing SEVERAL other songs. It was almost like, he just thought of that, and needed to defend the crazy shit he just said. But, he came back to his other points several times. And his points, time and time again, I think, because he was ranting so I’m not exactly sure, were that –

1. Celebrities are the ones who are the influencers, and therefore (???) they should make the rules. Which is why Kanye’s running in 2020.

2. We all have different opinions and Kanye is going to show that we can all still like Kanye music. See, just because you voted, or in his circumstance, didn’t vote but still defended, a racist misogynist, who wants to destroy large groups of people, doesn’t mean that you don’t buy Kanye albums. And isn’t Kanye the unifier?

3. People have the right to vote. And that’s what it’s all about. So use your vote to voice your opinion. And Kanye, I guess it’s time you heard my opinion. You lost my vote for you. And you lost my vote in your music. And that’s some real 808 and heartbreak shit right there. Come on, Kanye, I defended you.