As Trump took office this week, half the nation was utterly surprised, when, on day one, Trump is doing exactly what he said he would during his campaign. The President has been in office for less than one week and has already administered over 11 executive orders.

But in the summer of 2016, many people did not think he would really do any of these things. “He was a Democrat in the 90’s! He’s not going to do any of that stuff he says he’s going to do. He’s just trying to get elected”, said several white men and white women who then voted for Trump. 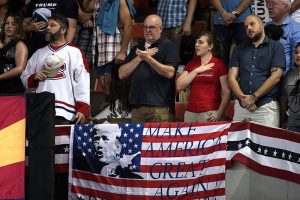 This group of logical Trump supporters, (the Trump supporter that’s intelligent and not racist, xenophobic, or sexist), did not believe that Trump would actually do the things he said he was going to do, like a build a wall between the US and Mexico.

Then Nation was like, Wait, There’s Really gonna be a Wall?

Yet, on January 25th, the President executed an order to begin building said super expensive wall immediately. “Wait, what?” said the reasonable Trump voter that previously insisted Trump was just a blowhard. The non-racist Trump voter then looked off into the distance letting out a big breath slowly. “Huh.” 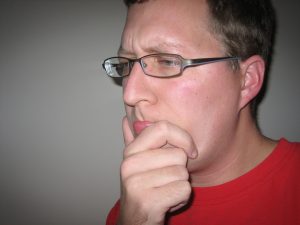 “I thought he was just joking” says logical man

Also on January 25th, the Trump team mandated that the EPA must have political officials review all studies before they are released. “Who could be against science?” says the totally rational Trump voter who has suddenly asked that we stop calling him a Trump voter. But on Monday, the White House froze all grants and funding coming from the EPA, immediately halting much advancement. The agency gives over 4 billion dollars in grants and funding throughout the year to different groups for research. Which equates to nearly 11 million dollars daily.  “But that could mean around $44 million of research has already been lost”, calculates the super logical non-climate change denying Trump voter who has asked again that we PLEASE quit referring to him as a Trump voter NOW.

And, any second now, Trump might be announcing a ban on all Muslim’s entering the United States. Which was a major talking point in numerous Trump campaign speeches. “All Muslims? But I thought that was just talk,” said the non-xenophobic Trump voter who has now asked us several times to quit calling him that and is done being polite about it.

And so, it turns out that what Trump says is actually what Trump is going to do. And many of his incredibly nice, logical, non-racist, non-xenophobic, non-sexist, super intelligent voters have a lot to think about. “Honestly, I just thought he was joking about all that stuff”, says the well-versed, fair and centered Trump voter who has now left this interview because he told us ten times to stop fucking calling him that.