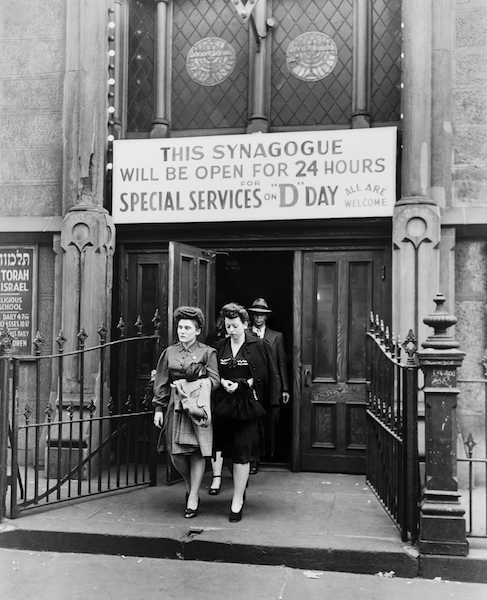 We laugh and joke about getting unexpected DNA test results back. But finding out your heritage is not what you always thought it was, CAN be confusing. In my mind, I always thought my family was heavily German / British (never Scottish or Welsh – my grandfather once told me an ancestor murdered a Welsh aristocrat… which, now that I think on it, is probably NOT true). But a few years ago, my aunts discovered that our DNA was mostly tied back to Ashkenazi Jews. And my Great-Great-Grandfather hid he was Jewish.

I joke about being “basically” Jewish all the time now to my Jewish friends. Especially when it comes to not knowing whether I think a 1 or 2 state solution is the answer or if it’s the holiday where you celebrate fruit. But I obviously wasn’t raised Jewish at all. I was raised Southern Baptist, if anything.  Which is why I’m now an Atheist, and is probably the exact opposite of Judaism. And I don’t really think that I’m Jewish, as I wasn’t raised with the anti-Semitism, history, and heritage of Judaism. My great–great-grandfather, though, was raised in the Jewish faith.

Then at some point, he wasn’t Jewish anymore.

He changed his name from Cohnheim to Freeguard. I don’t know when and I don’t know why. But one can only assume it was because Jews have never been treated well. So he went into hiding. He hid he was Jewish.  And I thought, “Well back in St. Louis in the late 1800’s, who knows what kind of anti-Semitic nonsense he had to put up with. That kind of shit wouldn’t fly now.”

Over 150 Jewish gravestones were desecrated in St. Louis this weekend

There have been almost 70 bomb threats targeted towards JCC’s across the country since the beginning of THIS year. And this morning, I woke up to news that a Jewish cemetery in St. Louis was vandalized. It isn’t the cemetery where Leopold Cohnheim (my great-great-great-grandfather) is buried, but a cemetery where someone else’s great-grandfather, mother, or daughter is buried.

The destruction of a Jewish cemetery is utterly disturbing. These are people who are laid to rest. And whether you believe they are just skeletons in boxes in the ground, or it’s a final resting place, you should respect the dead and their religious beliefs. But for some reason, since January, there are more people becoming vocally opposed to non-Christian religious beliefs. Huh… I wonder why?

And until yesterday, the giant Turkey’s waddle in an ill-fitting Brook’s Brother’s suit running our country, had said nothing. He didn’t even say the words “Jew” or “Jewish” in his Holocaust Remembrance Day speech. Even though his daughter, son-in-law, and grandkids are all Jewish, he didn’t speak up. And last week, his response to a Jewish reporter requesting a statement about the literal terror threats being made to JCC’s, made me wish my head could turn all the way around and projectile barf à la Regan from The Exorcist.

He didn’t try and stop the fear. And instead told the reporter he was the “least anti-Semitic person you’ve ever seen in your entire life“.  Cool. I’m pretty sure all the Jews were like “Shew! I’m relieved. When the bomb threats are no longer hoaxes and my people are killed, it will be totally kosh because Trump’s not anti-Semitic.” But honestly it wasn’t till #OurGirlHill called him out on twitter this morning, that he actually say did something about the bomb threats. And it didn’t cause me to cry-laugh due to it’s insanity. So, I guess he’s trying?

Coming Out of Hiding

So what does that mean going forward? Will the bomb threats stop? Do the neo-Nazi Milo’s and Richard Spencers of the world actually listen to Trump? When Trump unleashed his rhetoric of hatred on our country during his campaign, I think he really believed he would be able to put it back in it’s bottle. He’d say anything to get elected.

But what happened during WWII combined with the Civil Rights movement, caused many of the people who believe they are superior to a race or religion, to go into a hiding of sorts (not fully, believe me, I know things weren’t perfect before). They hid like my great-great-grandfather hid his Jewish beliefs and heritage. These monsters hid their racism and religious hatred.  But now they have been given a platform and have discovered how to use the internet.  And I fear for those who will feel they need go into hiding next.