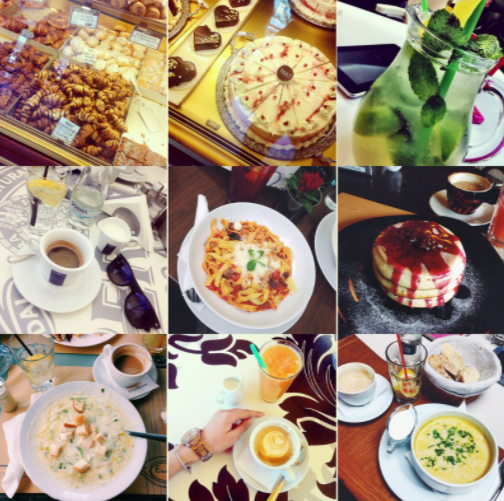 For a long time I didn’t give a shit about good food. Now, as an urbane-ish thirtysomething, this is pretty much sacrilege. It’s not like I had an overbearing parent forcing me to eat everything put in front of me or that I was raised in an especially restrictive food environment. My Mom had been captured by the late 90s “low fat food craze, so I hadn’t eaten peanut butter until I was in my 20s and I had tried the full range of Snackwell’s before I’d eaten an actual snickerdoodle. I was, like so many of my generation, raised in a single parent household where that parent had a full time job. In practical terms, this meant I was on my own to make myself dinner many nights. The thing people don’t really tell you about food? It’s confusing. Take cumin, for example. Generally, it’s the magical component spice that makes Mexican food uniquely delicious. Too much, however, and you’re basically filling your mouth with the taste of a moldy tera cotta pot. Intimidated by the terrifying power of spices, I stayed away. Consequently, most nights that my Mom worked late dinner consisted of egg yolk noodles and Brummel and Brown butter substitute. It’s made with YOGURT, people! Yogurt is good for you! Point is, making good food always felt like something that lived in that thick-ass Fannie Farmer’s cookbook that – and, please, someone check the case law on this for me – I believe your oldest relative is legally required to give you when you first move out of your own. Ironically, it wasn’t until I went to college that I understood that I could MAKE food I LIKED. Yes, college, home to notorious dining halls full of unlimited french fries and broken fitness dreams. Why did I have my food epiphany in college? Because, dear readers, college is where I had my first high-speed internet connection. Where there is a high-speed internet connection, there are pictures. I didn’t say they were good pictures.

In this 2003, pre-iPhone era, there weren’t hordes of people taking photos with their phones of every morsel placed in front of them, but there were easily accessible recipes I could look up and see what actually went into making things. I could, for the first time, figure out what tripe was and how to use it. I could suddenly identify watercress and invent my own reasons for why it was the core of the most elegant tea sandwich imaginable. In short, the Internet gave me a cooking guide that paired pictures of food that looked good to me with easy instructions on how to make it. Had cookbooks been doing that since forever? Sort of. The few cookbooks in our house were largely picture-free and perennially untouched. Without someone guiding you to their info-dense pages, they weren’t the obvious first stop. There was something about being able to look at a picture, then search for more information all in once place that finally made food feel  accessible.

Back In My Day…

So now, as I see people pushing their InstaSnapTweets so they can simultaneously post a photo of latte art to multiple online outlets, I remind myself to not get too “get off my lawn” about it. This generation has a discourse of visuals; I had casual chats with Ask Jeeves and Yahoo’s search bar. The truth is, inspiration comes from random places. Maybe someone really WILL be inspired by a pic of a half-eaten chocolate lava cake and figure out how to make their own version.

An earlier draft of this post appeared on The Shoulder Generation.