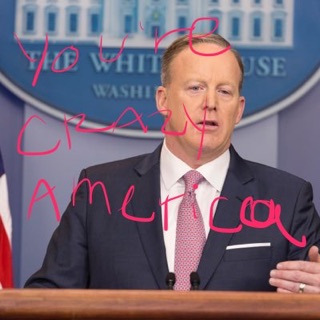 So since AT LEAST November of last year, America has been experiencing something that we in the pro-business call “Gaslighting”. The term gaslight comes from a film from the same name starring Ingrid Bergman. In the film, Bergman’s character is a victim of a just delightful form of psychological manipulation where her husband tries to convince her that she is insane. He does this by telling her she doesn’t remember things correctly or by saying she’s “delusional”.

And right now, America elected the King of Gaslighters – Donald Trump. Now I could pull out my credentials on this one, I’m not just an armchair psychiatrist. I do have a degree in counseling… guidance counseling… uh nevermind. Let’s look at my other qualifications. I’d prefer to give America some advice on how to handle a Gaslighter and how to get out of this situation, because I used to work for a champion Gaslighter. And if you’re wondering if you’re the gaslighter? Well you’re so gaslighty, you’re trying to tell yourself and everyone who will listen that I’m crazy. Yes, this is my version of a Carly Simon retribution.

We’re gonna think hard on it

Do you feel like every time you leave a discussion with the manipulator, you end up thinking, wait, whaaat? Like for example, if you know that no one in the Electoral College ever said that it’s impossible for Republicans to win the electoral votes (uhhhh that’s the only way Republicans win), but the dude in charge is telling this exact thing to a bunch of pipe fitters – this is a “wait whaaat?” moment. Stop and start to think about your past relationship.

The biggest gaslight you’ll find is that the gaslighter is constantly changing you’re reality. Like for example, if you were working at a place, and someone tells you that you’re the sole reason the business isn’t doing well when you just put in thirty hours of unpaid overtime, you know that isn’t reality. But it’s also directly negating your own version of things. So what do you end up doing? You work another forty hours of unpaid overtime to make sure the business doesn’t go under. Which could never ever solely be one person’s responsibility. Especially if that person is NOT the owner.

In Trump terms, it’s telling you that he’s the “least sexist person” that exists, after it comes out that he was talking about sexually assaulting women with perpetual frat boy, Billy Bush. Or after he put a gag order on foreign aid providing abortion services. Or as he pushes Title X funding to be taken away from Planned Parenthood. And still tells us he’s the least sexist person. Bbs, that’s big ole gaslighting right there.

So What Do We Do First?

We gotta come up with a plan

So you got a gaslighter. What do you do? First in the words of a good friend, give them just enough rope to hang themselves. And they will. Oh they’ll hang themselves good. The press is currently doing it full force with Sean Spicer by quoting his exact words back to him.

First you lead the gaslighter to make a gaslit point. Then you pull out their exact words and ask them to answer for them. Because these past words completely contradict the words that were just spoken. Just keep demanding facts. Keep demanding data. If you have the cold hard facts, irrefutable facts, then you just keep pulling them out.

The gaslighter will get pissed. But you keep you’re cool. Ask to see their numbers. Say the numbers that he or she had agreed were the formerly correct numbers aren’t the same as the numbers he or she is now spouting. Tell them to explain the inconsistencies. Don’t ask. Tell. Then let them explain. Stop talking. Delight in how mad they are. Ooooh it’s nice isn’t it. Get up and leave before the meeting is over. I have done this. It feels very very good.

They Keep Hanging Themselves, But Nothing Is Happening

They’re still in charge, aren’t they? And you’re worried that nothing is going to change. How do people keep listening to them? Do people like getting lied to? Yes. Yes they do. It’s a lot easier to accept a lie then to fight for the truth. And the gaslighter won’t change over night. You keep chipping and chipping. And one day just a small chip will tear the whole place down. Don’t worry. You have to have patience and also fortitude. But know that because you took your emotional power back from the gaslighter, you’re already winning.

Or… you could just quit. That’s what I did when I worked for a gaslighter. I just straight up quit. I just haven’t figured out America quits the president yet.