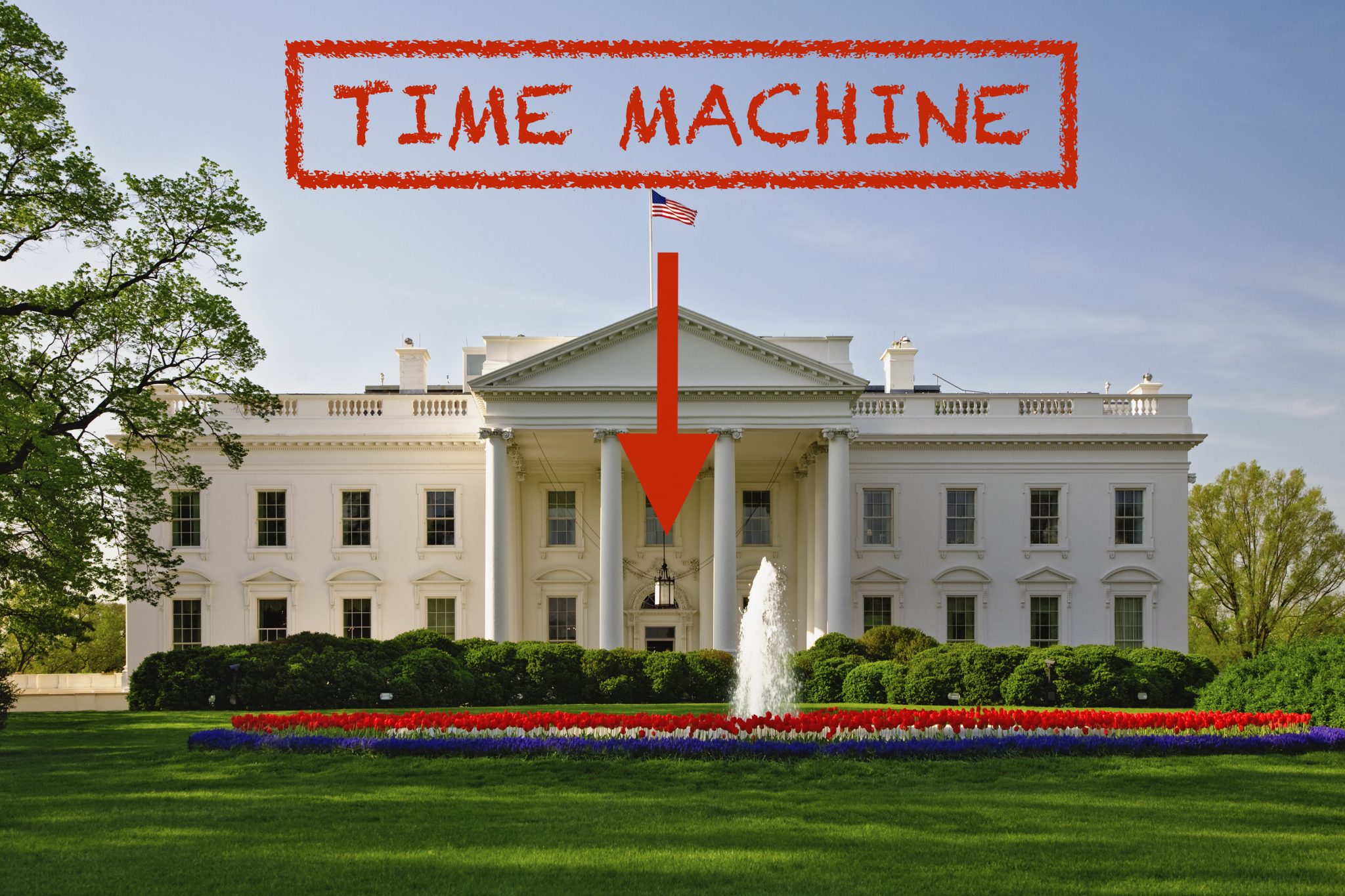 I know it sounds like a hooey conspiracy theory, but hear me out:

The White House has a Time Machine

I don’t pretend to know when they came across the time travel technology but it’s definitely there. They can’t tell the general public about it because of mass hysteria and rival nations trying to grab at it. I get it. But more and more I am convinced it exists.

Past Presidents were more reserved with their public speaking than our current one but now that we have a President who shoots from the hip, he keeps slipping up. It’s hard to keep time straight when you keep going back and forth. And sometimes, that means screwing up what happened on a time travel trip and what’s happening in present day. I totally get how that’s confusing.

Well, let’s take the whole Andrew Jackson statement. Trump and ole AJ probs had a sit down and AJ told him the thing he’s told all the presidents he’s sat down with before: there was no reason for the Civil War. Sure, he was dead for sixteen years before it but AJ had heard all about it through these Time Machine visits and he knows he could’ve stopped it. But, you know, there are time travel rules everyone must abide by. He wasn’t allowed to alter anything during his time to make a massive change to history. AJ told Trump all this and, well, time being non-linear in Trump’s life now, he’s all “here’s the hot goss on AJ’s Civil War thoughts.”

Then, add in the Frederick Douglass aside during Black History Month. Trump is getting a crash course in history from the REAL people. He probs showed up for some tea with Frederick Douglass, Douglass told Trump a bit about himself, and Trump bounced. Everyone only gets so much time, ya know? There are a lot of people for the President to get through. So Trump was like “Wow. Now I know who this guy is so if I’m recognizing him more and more…”

Non-Linear. Trump’s just all messed up in time.

Look, you know why he walked away from John Dickinson proclaiming he “doesn’t stand by anything”? Because he doesn’t know what time he’s in! So he can’t stand by anything, ever. At least not til he’s out of the White House, doesn’t have access to the Time Machine anymore, and can adjust back to real time.

There’s plenty more evidence, of course. Just read any interview with the President.

Now, my theory is that this machine only travels back in time, and not forward. However, there’s nothing to say that Trump hasn’t figured out how to make the machine go forward. He has already filed to run in 2020 after all.