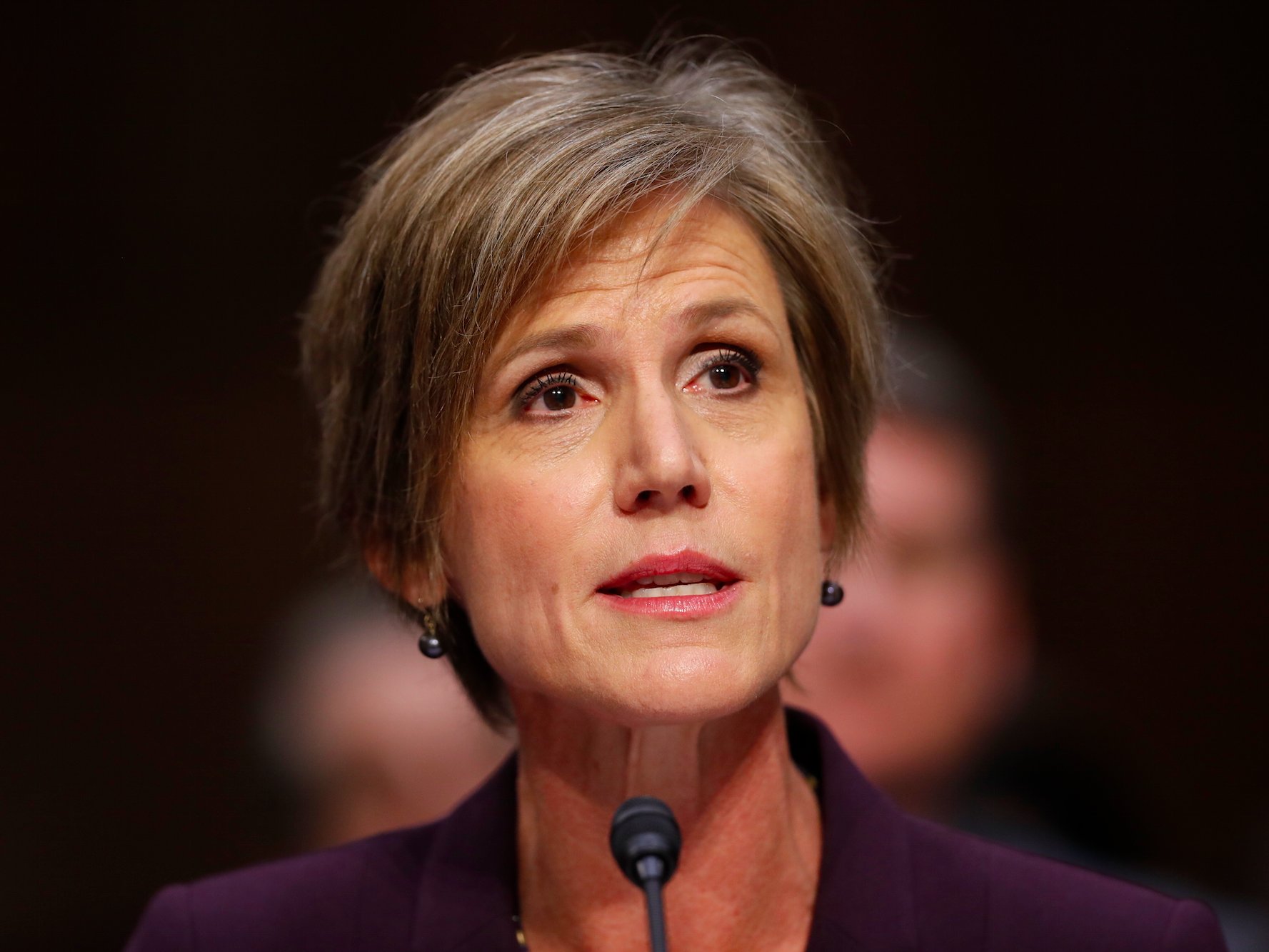 Sally Yates was in peak physical form yesterday during her hearing with the Senate Judiciary Committee. We at The Hot Goss peeped the workout routine she used to get ready for the shit getting thrown at her on the stand.

Lunges built up Yates’ thighs for kicking John Cornyn’s comments on Yates’ decision regarding Trump’s EO out the fuckin house by referencing the exchange during her confirmation hearing that she had WITH CORNYN.

Yates practiced facial yoga combination of scrunching up her face and then puffing it out like a lion to give her the agility to shut down Ted Cruz’s argument on the travel band with a sick addendum and without losing any steam.

Facial yoga was followed by an intense Yoga Flow to keep focus strong and calm in order to not slap someone silly over the question at 3:36 in the clip below.

We commend Sally Yates for her service to this country. Also, there was some serious shit brought up at this hearing so you should probs check out the whole thing.