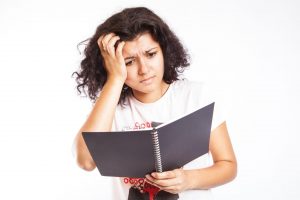 I am not Muslim. I don’t wear a hijab, I don’t pray, I don’t go to mosque, and I don’t fast during Ramadan. But my immigrant Egyptian father IS. What’s a biracial, bi-religiously-raised gal to do?

I’ve been sleepless, stress-eating, and generally out of my mind since the election. However, I believe that giving into fear is giving into death. And by God, if I’m gonna die, it’s gonna be in a really cool way, like snorting coke off of Chance the Rapper (anywhere will do), or jumping trains, old timey hobo style.

Yet hate crimes against Muslims have surged in the last year and keep going up since the election. It’s as if the entire country is ready to beat my father with a 2×4 full of rusty nails simply for existing. So, are you seized with guilt over your privilege? I mean, you should be. Take action. Here are three things you can do to fight this:

Like any religion, Islam is complex with a long, complicated history. Read the Qu’ran, go to a mosque, or head to the library. The more you know!

Don’t be a Bystander

Do you see someone being verbally accosted in public, especially a women wearing a hijab? Be a goddamn gentleman/gentlelady. Sit next to the victim, strike up a conversation, and keep it going until the harasser walks away. Stay with the victim until they are in a safe place. This comic is super helpful.

They do things like advocacy work and fighting to defend civil rights for the Muslim American community.

When we work together, we can stop the tsunami of xenophobic shit from washing away our nation’s citizens. Besides, internment camps are SO 20th century. The last thing I ever want to be accused of is being unfashionable.