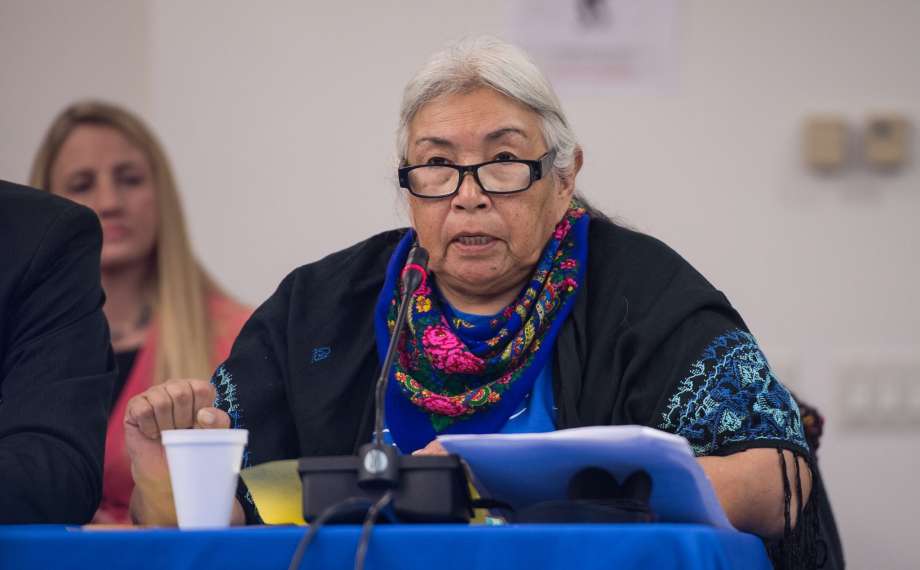 Whether you agreed with what the faithless electors were doing or not, one thing is for sure: the vote thrust Faith Spotted Eagle into the national spotlight. Robert Satiacum of Washington, a member of the Puyallup tribe, opted to go against the will of the people by writing in Spotted Eagle.

So who is Spotted Eagle? Most recently the Native American activist sat as “grandmother” at the Dakota Pipeline protests at Standing Rock. She’s argued that building the project through the area would be like building it through Arlington Cemetery. “You don’t disturb people that have been put to rest.” This isn’t even her first pipeline rodeo; she was also on the front lines of the protest to block the Keystone Pipeline.

“The resistance has always been in my blood and my spirit since I was born.”

Pipelines are related to the other causes Spotted Eagle fights for. Like working with the Brave Heart Society. Named after the ancient society of women tasked with handling the bodies of dead soldiers and comforting their families, Brave Heart has evolved to deal with sexual assault among Native women and preserve sacred lands. The “man camps” that spring up around the mining and pipeline industries in the Dakotas exacerbate the problems the Society takes head on. Faith Spotted Eagle continues to personally speak out and take action about the issues surrounding these projects.

“I thought it was fake news.”

She may not have been running, but Spotted Eagle is now the first Native American to receive an electoral vote for the presidency. It’s kinda fitting for what was already an incredibly unpredictable race for someone so unpredictable to be written in. At the very least, it may bring some people into the conversation that may not have been paying attention.

And, look, her dad basically told her she’d be an activist when she was 8-years-old. 8-years-old! So you know she was giving off some serious badass vibes from birth.