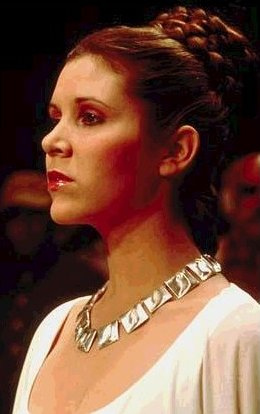 In the last scene of Rogue One, we see Carrie Fisher as early Leia, all cgi’d up. And, while it was cringeworthy cgi, it was also kind of cool to see. I went to see Rogue One on Tuesday night. It was a respite from a god-awful week that both my husband and I very desperately needed.

Last Monday at midnight, the 19th, we flew in to St. Louis for what we thought was going to be a (relatively) harmless Christmas week with our families. My mom is very sick from stage iv breast cancer. But at least she wasn’t in the hospital, which is how we spent last Christmas. Yet, early on Tuesday morning, when we arrived at my parent’s house, we found my dad waiting up for us. My mom had been really sick and Dad didn’t know what to do. We decided to sleep and see how she was in the morning. But in the morning, after talking to her oncologist, the decision was made to bring her into the hospital.

My mom has a very aggressive form of breast cancer, called triple negative breast cancer. And the prognosis for survival with stage iv is less than 10%. Not good statistics. She’s had multiple brain surgeries and radiation treatments to remove tumors which have affected her mobility, speech, and memory.  She gets fatigued easily and is also battling terminal illness related depression. But her body keeps going. It keeps fighting. The hope, though, was that the illness she was fighting (due to her chemo drugs wreaking havoc on her system) would be easily taken care of with fluids and antibiotics. And then we could get her back home for Christmas.

The hospital takes whole hours and days from you. After realizing we hadn’t yet seen my in-laws, I turned to my husband and said, “We should probably go see your parents, it being Wednesday and all”, and he said back, “it’s not Wednesday, it’s Thursday”.

My mom was more stabilized by the 23rd. She still wasn’t able to get out of bed, though. And we were constantly talking about how she will get around her own home when she gets out of the hospital. Because she can’t walk. And we knew none of this would be happening by Christmas.

The only holiday plan we had left in place was to have Christmas Eve dinner with my in-law’s and my husband’s grandmother, Grandma Re. It was the only thing we had that would be Christmas related, and I think we were both really looking forward to it. Some bit of normalcy. The universe had other plans though.

Early on the 23rd, we found out Grandma Re broke her hip and she’d fallen. She’d been rushed to the emergency room at the hospital, five minutes from my own mom. So after visiting with my mom, we drove down to see his grandmother. She’d need surgery which would be done on Christmas Eve.

On Christmas Eve, complications arose after surgery. It seemed Grandma Re had pneumonia, prior to surgery, and there were problems. And on Christmas day, the day we flew out, we made a stop to see her in the hospital, where we said our goodbyes.

Grandma Re passed away late Christmas night; she was ready to go. She told my husband to take care of me and also told him to grab a chair and grab a beer. Grandma Re was an amazing woman with a massive heart filled with love.

Finally, yesterday the 27th, the world lost Carrie Fisher. Carrie Fisher didn’t influence my life like she influenced so many of my friends. I didn’t really see Star Wars until I was in college. It just missed me for some reason. And on the night of the 26th, I wanted Hollywood to do the one thing it’s supposed to do well and that’s keep me distracted for a few hours, and we decided Rogue One would be good to watch. My husband grew up on Star Wars and has always been a big fan of the franchise. So, I figured we could both use a little movie mind vacation.

Carrie Fisher was a part of his childhood. She was part of a lot of people’s childhood. And she did some great work for mental health and feminism. So she’s deserving of this WOTD. Her death has meant a lot to a lot of people. And to me, her death is representative as a feather in this super shitty year’s hat.

But she also had no fear when it came to sharing her problems. And I guess that courage made me write what I wrote today. There are a lot of people hurting in the world. Cancer sucks, pneumonia sucks, heart attacks suck. But maybe keeping those feelings of how much they suck inside isn’t the answer. Maybe Carrie Fisher had it right, maybe we are supposed to just let it all out.