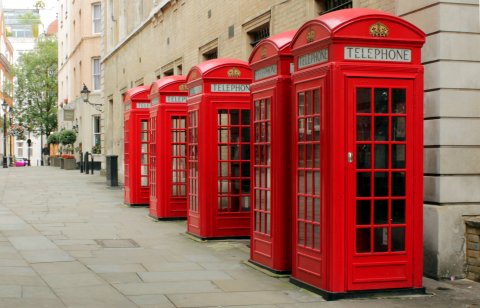 We begin this episode of ANTM with a recap and are reminded that OH RIGHT THE DUMBEST DECISION OF THE FUCKING SEASON HAPPENED LAST WEEK. Poo on getting rid of Cody.

Also, why aren’t these ladies in a foreign country? Or Hawaii?? What is going on ANTM?? That’s some bullshit. Anyway:

After the heartbreaking recap, Tatiana describes how she knows she’s not a super versatile model and that only certain kinds of makeup suit her. And that limits her. And India is like “that makes sense, cause I’m versatile”. She also calls herself a “beautiful woman” and it’s the first time India is, like, a person to me.

Coryanne calls her supermodel mom to talk about all the stuff that came up about her mom in the last challenge. And it was a sweet conversation. And Coryanne has become more of a person to me.

Actually, this one was ok. Is someone out there listening?

Rita tells the models that one of them will be repping Rimmel so they have to study up. They all head up to the “Rimmel room” and look at pretty pictures and look at themselves on iPads.

We meet Rita’s makeup artist Kathy Jeung. Kathy let’s them know that their challenge is to be a Brand Ambassador. Now, when I hear “brand ambassador” I hear a a survival job that lots of creatives do to make ends meet and generally, it’s handing out products to strangers on the street where you try to get a second to be like “This is what this is!”

Also part of the challenge is that they have to do each other’s makeup to show they know the brand and products.

And then I realize “This is ANTM! They’re not really going to be out sampling Rimmel products on the streets like a brand ambassador! They’re models, inside, with each other!” Lucky.

The ladies are paired off: Tatiana with Courtney and India with Coryanne. Now, according to what I’ve already written above, India and Coryanne have now become people in my eyes. And according to everything we’ve seen thus far, the pairing of Courtney and Tatiana (really Courtney with anyone) is gonna be a mess. But especially with Tatiana cause she’s a boss.

Coryanne goes next and is adorable. Plus she does a good job applying the makeup. Coryanne, winning me over bit-by-bit. Still should have Cody in da house tho.

Tatiana, used to selling her stuff, sells the stuff. But she wasn’t fun times like Coryanne.

The weird brand ambassador thing was followed up by a photoshoot and challenge judging. Coryanne wins the challenge. And I’m ok with it. Growth.

And she’s back to sleepy eyes.
Rita tells them there’s a surprise at the front door for Coryanne and India. And it’s moms! Yay moms! The moms hang out, take some photos, and spend some mom time with their daughters. Yay mom!

Rita shows up with her sister Elena as the ladies are getting ready. Rita gives them the advice to say the tag line in a way to make the camera feel that they caught you in the moment saying it and then gives the lamest head turn with it. But she looks gorgeous doing it so whatevs. Then Coryanne does it WITH A FAUX BRITISH ACCENT. It was hilarious. Courtney looks like she’s going to bite Rita’s head off and it was also hilarious.

The shoot starts with Tatiana putting on eyeliner without a mirror, with her chin on a platform, and with her left hand. Then she gets to dance in the rain. Modeling!

Courtney gets up and is real Courtney to the point where she talks about RBF – Resting Bitch Face. I do applause her for bringing awareness to the syndrome. Turns out, she’s not a commercial gal but those brows and cheekbones!

India kills it like she has the past video challenges and Coryanne is just eh.

Courtney becomes vulnerable and discusses how she thinks Coryanne and Tatiana hate her. And Tatiana tries to connect on her level and even describes her as “misunderstood” even tho we know she doesn’t like her! No. One. Does. I’m sorry Courtney.

PANEL TIME!
WITH NO MAKEUP PANS!

As it should be.

There’s really not a ton to say about Tatiana or Coryanne’s commercial. They were fine for an ANTM commercial challenge.

India’s commercial LOOKED LIKE A REAL FUCKING COMMERCIAL. A+++ indeed India. This was so fun.

India’s A+++ was followed by Courtney’s WTF. Seriously, WTF? Though Ashley steps up the shade and is like “I want you to remember that I loved it.” Ridic.

We get some backstage action and Courtney starts crying over her video and Rita’s critique. Which, she should. Because it was pretty bad. But dem brows and cheekbones!

BEST COMMERCIAL: India (I mean, we knew that)

BOTTOM TWO: Coryanne and Courtney – Rita’s sleepy eyes give them a critique and let’s them know they’re letting go of Courtney. Duh. Everyone knew that after that last commercial showing by Courtney.

And now, we have our top three, which doesn’t include Cody, so I dunno.

I predict India winning. Though, given my freakin’ track record…