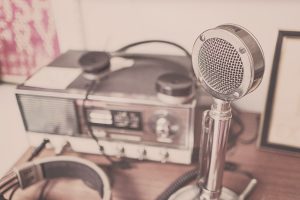 Almost immediately after the President-elect was called, I begun seeing friends share tons of online petitions in my Facebook feed. Calls for recounts, appealing to the electoral college, climate change, supreme court nominees, all the bigly ones.

I signed a few and then started wondering about what the effectiveness of this supposed “slacktivism” action was. Obviously it shows the mass amount of people who back one such cause (like the Change.org petition with over 4.8 million signatures asking the electoral college to elect Hillary Clinton) but it’s not like activists were going door-to-door IRL to get hand written signatures. So does it lose legitimacy? Does it reach the people who are meant to be listening?

Supposedly a Change.org petition helped change a United Airlines dog policy discriminating against certain breeds. Though if this is the petition, it seems that change was only superficial.

Then there’s the case where Verizon reversed a decision to refuse waiving cancellation fees for domestic abuse victims. But the person behind it, Cindy Butterworth, also had a personal story and a personal connection with Verizon after contacting them several times about her own case. This all helped to bring attention to the petition.

And another was able to change an MPAA rating on a movie about bullying so younger audiences, who relate to the plot, would be able to see it.

So when someone accuses you of “slacktivism”, tell them that coupled with some in person dialogue and press support, online petitions do work. And before they dismiss their friend’s requests for signatures, check out what petition is being shared. If you’re into the cause, sign the petition and share it yourself. It’s easy enough to do while sipping on a drink at brunch. Besides, it certainly can’t hurt. Neither does using your real life contacts to get more information to the masses and more eyes on the cause.

Lastly, if you do sign, use a real name and email. Please. Legitimacy is important.